Although there is an /opt/var/log/netdata/ path, no logs are available.

So, I managed to install Netdata and it’s working fine. But the temperature is really the main function I need, to keep an eye on the KIII PRO cpu temp. I also found unofficial app for iOS, called NetData, but when I add in the server address, it says Invalid server - weird.
Anyway, lets focus on temp display first.

BTW, NetData is amazing. I really like the design and the amount of data. It shows both of the external hard drives connected to USBs. Really cool

The bash method using charts.d modules won’t work, because it apparently needs a full blown version of bash instead of the busybox we are using in CE.

What I found out so far:
The charts.d module needs to be enabled to be used for sensors.
This can be done in /opt/etc/netdata/netdata.conf

According to the article previously posted by Uukrul, sensors should be disabled in /opt/etc/netdata/python.d.conf to prevent using the lm-sensors method:

…and enabled in /opt/etc/netdata/charts.d.conf, to use the bash method instead:

But after a restart of the netdata service, it’s still not included in the navigation.

If you are executing the charts.d.plugin script manually with debug option enabled, you are getting an error message:

This is a problem in the function “require_cmd()”, which only checks for available bash commands.
Even if you comment out this function, the corresponding command checks and another line a bit below, which parses the output of this function (because this isn’t required for the execution of the script itself), it fails with another error in a charts.d plugin file.

I think, we would really need to rewrite the whole charts.d.plugin script as well as all modules started with it. This is a bit too much work for a simple temperature graph.
It would be easier for sure to write a python.d plugin, which checks /sys/devices/virtual/thermal/thermal_zone0/temp, but that’s out of my comfort zone.

You have to do this:

and you’ll get this nice screen without data:

The main problem now seems to be this one (again executed charts.d.plugin with debug enabled):

This version of bash seems to have problems with calculations using $(( … )).
Furthermore it can’t find the file /opt/etc/netdata/charts.d.conf, though the path should be the right one.

EDIT: No, wait…the path to the charts.d.conf isn’t the right one, because it searches the file in /etc/netdata/ instead of /opt/etc/netdata.
At least, if I count the “…/” correctly, because my eyes begin to flicker, now. ^^

I got it working

with a nasty hack. Replace /opt/lib/netdata/plugins.d/loopsleepms.sh.inc with this one and voilà

edit: Wrong file, use this instead:

It works for me, too.

Thank you for the hacked up file.

But I also changed line 125 in charts.d.plugin to the following one to get rid of the “configuration file not found” message:

Unfortunately in my install of coreelec, glibc 2.27/28 seems to missing. I’m not sure if that’s the way it should be.

If you follow these steps, you shouldn’t have any problems:

Install Entware and reboot your box.

Unpack the attached file to /storage/.opt replacing the files.

Unpack the attached file to /storage/.opt replacing the files.

Maybe I am being obtuse this am, but I am unsure whether some specific files or complete directories should overwrite existing directories/files.

Would it be possible to post a couple of commands to ensure the correct procedure is followed?

Here is a little script, which automates the installation:
entware_netdata.sh (649 Bytes)

After downloading it with wget, you need to add the execute flag:
chmod +x entware_netdata.sh

Here is a little script, which automates the installation:
entware_netdata.sh (649 Bytes)

After downloading it with wget, you need to add the execute flag:
chmod +x entware_netdata.sh

Thank you.
That cleared up my confusion.

I’ve modified the System Overview to include the temperature:

very cool. Is it possbile to move the items or you have to do it?

Nice to have temp up there with the rest!

very cool. Is it possbile to move the items or you have to do it? 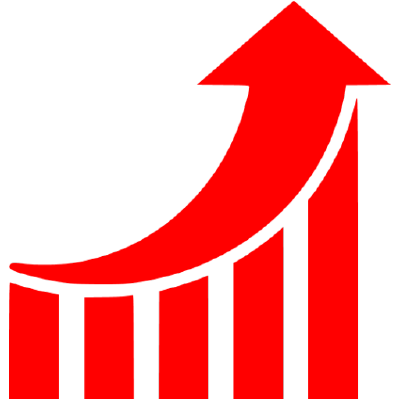 If you only want to do a quick hack moving around gauges, edit /storage/.opt/share/netdata/web/index.html (function headMain(os, charts, duration) at pos 1656)

I’ve added it to the install script I posted earlier:

@Uukrul:
Are your previous changes still included in the last zip you posted?