So first you want me to perform a copy from ssd to ssd , booting from ssd (coreelec) on n2

immediately after the file is copied, type

by SSHing into device.

You can type the command any time, I just want to get the output with the command to find out a kernel parameter since you are experiencing slow I/O throughput. If you do not have any issue to use SSD on N2, you don’t need to type the command.

I plugged the SSD into my windows PC to test speed of copying a test file. however the main storage partition is not viewable by windows? I cant assign a letter to the drive like I was able to with the COREELEC partition (only 512mb)

How could I go about testing this with the way the drive is setup for booting COREELEC on my N2? 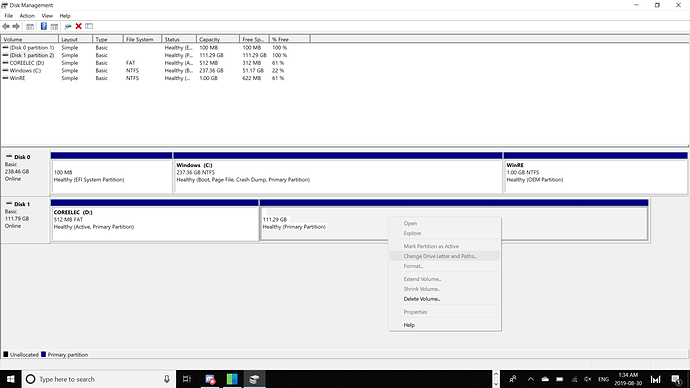 The partition - ext2/3/4 - won’t be visible by Windows, so cannot perform the I/O test.
What’s your issue now? I thought you are able to boot from SSD and now the problem is that I/O performance in SSD is poor.

I was trying to get to Compent’s request.

I will send you the report cat /proc/cmdline

Here is what shows after two i/o benchmark runs (about 10 seconds each). 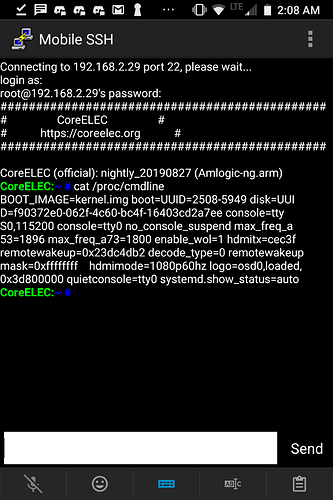 You could boot it to CE in order to make a backip to restore later.

So now messing around with the ssd as a boot drive again , things feel snappy. No bogging down what so ever. I/o benchmark is even performing better than emmc now. (Ssd to ssd VS ssd to emmc or emmc to emmc)

Copying a 4 GB .ts file. (Excluding initial bursts as they are for 1-2 seconds only)

The speeds seem quite low compared to what is advertised, although no “bogging” down of system – which required hard reset.

I’m not sure what happened? The “bogging” down was occurring consistently last night while using the ssd as a boot drive.

It is no longer occuring.

It’s good that you have no bogging down but if those speeds are representative of the USB 3 port performance on the N2 then I’d be very disappointed.

This is what I am trying to figure out … It seems far too low for a large file copy. Although so is the emmc copy speed for this file. I will do more testing tomorrow with windows and compare.

Id like to mention the speed always has a spike initially, and then a steady drop, plateauing at near the minimum speeds I posted after only 30 seconds.

I also think I am using a different usb port than yesterday. Other than that nothing has changed other than latest nightly. I have not yet experienced “bog” down that I had yesterday.

This why it’s useful to test the SSD on another platform just to completely rule out the SSD and it’s associated physical connection as being some form of bottleneck.

At least if you can show that it performs as expected on an average PC then you can rule that side of things out.

I’ve no doubt that there will be N2 users with the same facility that can post their speed results for comparison.

When i copy a similar file (~4GB) from my nmve Windows 10 laptop over to the SSD drive now , the speeds were a steady 211-215 MBps, although it dropped to 170 Mbps in the last quarter. Im thinking this is the actual read performance of the SSD drive.

When I COPY the same file from the external SSD to the same external SSD, speeds slow significantly (20-30 Mbps range). Much slower than what I saw on the N2.

Is copying different than a simple write/read when it is to the same drive?

Additionally the drive now keeps crashing on my windows 10 pc mid copy. (It was also experiencing some crashes on my N2 but not during the copy jobs)

Drive keeps crashing mid copy with windows. Also Windows is saying there is a problem with the drive every time I plug it in. It prompts me to repair drive, but that fails every time.

I wonder if my ssd drive is bad or the sata to usb 3 is bad. Is there any way to test if a drive is bad/broken?

I’m guessing that the 35Mbps speed from another port is likely to be a USB 2.0 port, which is pretty much being maxed out, which is fine.

If you are still using the SSD after it’s been setup for CE then it’s not uncommon for Windows to say that there is a problem, only to find nothing upon checking. It happens a lot when taking a drive that has been connected to Android and then inserted into a Windows machine, so likely nothing to worry about.

All you are looking to do is establish the kind of read/write speeds that the external SSD is generally capable.

So if it was me right now I’d format the SSD and then do just 2 tests.

Copy your file from your PC to SSD and then the other direction, recording the average speed for that file.

If it performs well then you have a reasonable benchmark for comparison and can rule out the SSD and it’s connector.

Formatting it will also be useful to see if it still crashes on the Windows PC, which could indicate an issue, although a dodgy driver can also be at fault, so by no means conclusive.

Aren’t all of these new products showing issues with USB3 speeds. I think it might even be down to localized thermal throttling on the USB chips.

Hardkernel measured the speed of an SSD connected to an USB3 port of the N2 and got roughly 300 MBps. So to my understanding low SSD speed cannot be a general issue of N2s hardware.

Hardkernel emphasizes that they “measured the USB transfer speed with a UAS capable SSD”. As I understand it, this means an UAS / UASP capable USB-SATA-adaptor.

On an X4U, someone tested UASP- and non-UASP types of adaptors and got 300 vs 100 MBps. Maybe that’s the way to high speed?