This is a question for people running Hyperion.ng - does any of you have issues with random LED flickering when CE is set to 444,10bit ? When I watch ie. Live TV some pieces of LED strip will random flicker different color every couple seconds which is super annoying. It’s not flickering constantly, it looks like every 15 - 20 seconds about 1/4 of the strip will display different color for 1 frame and then its back to normal.
This doesn’t seem to happen when I’m in the 444,8bit

Can this be some kind of bug in Kodi or maybe a bug in the Hyperion itself - maybe something with grabber can’t act properly with 10bit?

I’m no able to verify that because I don’t have a 10bit capable tv. But never had that issue with 8bit.

I have the following two notes:

I’m using Arduino Uno, but I’m starting to think that connection between my led strips might be faulty. I will rewire them to be sure as currently I’m using 90deg connectors and they aren’t bulletproof solution.

Hyperion.ng has issues with HDR and 4K but the flickering was happening on regular 1080p content. Right now to be sure it’s an issue with 10bit vs 8bit I’ll try to rewire the strips and make sure to test everything on proper quality content - not Live TV.

Anyways thank you for the reply and I’ll report back once I’ll figure out the possible cause. I was just curious if anyone else besides me had similar issue with their setup

How many LED do you have?

205 of APA102. I just watched a full episode (1hr) of a TV Show in 10bit mode and I haven’t noticed the flickering anymore. So far seems good. Maybe it was the quality of the Live TV signal or like mentioned above connections between the pieces of strips (I really need to get them hardwired).

That Arduino UNO also plays a role on that issue, I had the same behavior with an Arduino Nano, how fast there are changes on the leds also affects probability of occurring.
I just bough an Arduino Micro with a 32u4 chip and all problems are gone.

If you want a problem free hyperion setup for that amount of LED I would recommend to get an Arduino Micro as I mentioned and also don’t use connectors, just solder the LED strips with a good gauge wire.

Yah, I had to modify my Arduino sources for faster speeds especially that my smoothing speed is set to be fast. That sounds like a great advice. I’m gonna order my Arduino Micro tomorrow

Thank you for that!

About the wiring - yah, soldering strips together seems like the only reliable solution. I tried to use connectors from the picture below but they are very unreliable. Soldering is really a way to go 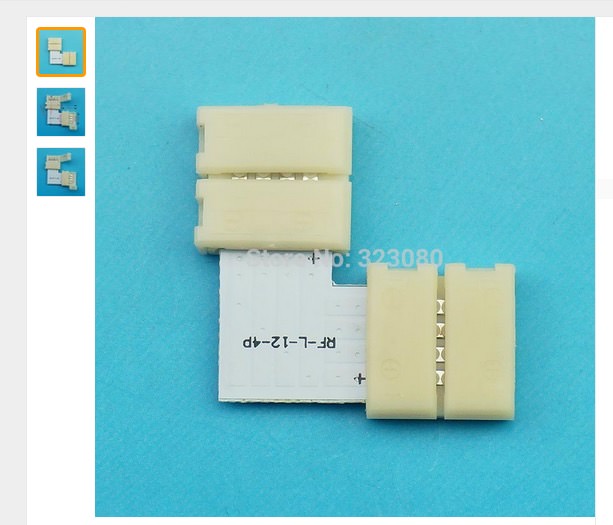