I am attempting to install CoreELEC on a WeTekPlay 2 and have followed the instructions as listed, but have run into an impasse just creating the installation media.

The person for whom I am attempting to install this has a PC with Windows 10, so that’s what I have attempted to use to create the installation media. They also offered a 64GB MicroSD (class 10, UHS3 ) for CoreELEC.

Downloading the image (9.2.1 for ARM generic) and Rufus went smoothly. Rufus detected the SD and the image and seemed to successfully write it. Unfortunately, after doing so Windows10 cannot even see the SD card or any of the volumes upon it any longer! Quickly downloading a 3rd party partitioning tool (DiskGenius is what they had available) , I could tell that there were 2 partitions written - a Hidden Fat16 “COREELEC” to 512MB and an EXT4 at 32MB. I can even browse the DTBs inside the COREELEC partition using DiskGenius and see the one that I should need for the WeTek Play 2, but as I cannot interact them, I can’t proceed.

It seems that Windows10 cannot see nor interact with a hidden Fat16 partition at all, so I’m at something of an impasse, as I cannot select, rename, and copy the DTB as instructed. Ideas?

I’m no expert, but once the image has been written to the SD card, pop the SD card in the device and allow the installation to complete on the device. Then try again.

Another issue I had once was I hadn’t used the SD foundation formatter, and had written the image to a pre-existing partition, which did not work. The SD card has to be completely blank to begin with. Just some insight…

You should use the balenaEtcher tool, it worked very perfectly. 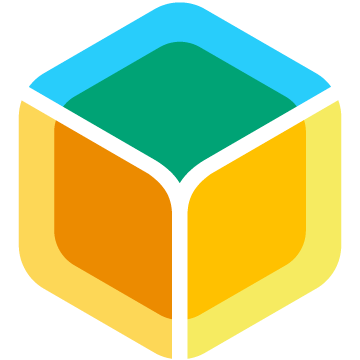 RJCE, did you tried to remove and insert card again?

Windows has no problems with FAT16 partitions.
Try to reinsert the card, as suggested.
If that doesn’t work, you may have to go into Disk Management under Computer Management, and assign a drive letter to the 512MB FAT16 partition on the SD card.

I could try using Etcher, as I used Rufus as that was what CoreELEC’s page suggested. I’m not sure the issue is because of a problem writing the image (as the drive went from having an entire 64gb of unallocated space to the 2 partitions described above, which apparently is correct) , but I’ll keep it in mind.

I did remove and insert the card again, but to no avail. It shows only the drive letter of the USB card reader itself when inserted, but none of the partitions on it. Attempting to double click on the drive letter comes up with a “Windows can’t recognize anything, you’ll needs to format it. Do you want to format?” dialog.

Attempting to go to Disk Management shows the following (I have attempted to upload a clipped part of the screenshot), illustrating the drive is there along with the 2 partitions, yet the option to assign a drive letter to the one you suggested is greyed out. Are you sure that Windows10 64-bit can interact with FAT16?

Edit: I managed to finally get to interact with the drive. This required reflashing (this time with Etcher), which, even after removal and replacement of the USB SD card reader, still did not allow browsing - asking again to format the volume. However, this time for some reason, it did let me manually assign a drive letter and browse to the drive.

I’m not sure if the problem is Windows 10 x64, the size of the MicroSD (64gb), an issue with Rufus vs how Etcher flashes etc… but even then having to manually assign a drive letter seems overly complex. I certainly hope things get easier from this point forward. Thank you all.

Had the issue of not seeing the SD card after using Rufus. Had to assign a drive letter manually and that solved the issue. Most likely a Windows and not a Rufus issue.