Hi, I bought a x96mini some days ago and performance is amazing with Corelec, today bought the “same” device for my brother but not boot. I install AIDA64 in both devices and old X96mini has a difference, it say p281 in board, while new device say p282 in board. Do you know how to run in this new device? Thanks.

Coreelec does not boot in X96 mini Installation & Booting


And also check your RAM size

Unless my eyes deceive me, both images are showin p281.

But P282 seems to be just another new revision of the board.

There is a similar recent discussion here and I saw a thread over at XDA where a user was trying to flash an X96 mini firmware and it was bricking it, which seemed to turn out to be a version for the p281 board.

So I’m guessing that a new DTB will be required for this board and will need to be extracted from the Android image, so see if you can find a link to the firmware to allow one of the resident genius’s on here a chance to look further.

A good place to start the search might be here

This might be it but don’t hold me to it.

Are there a avaliable APK or way yo know what is the correct información from My tv box?

His box was a faked one with S905Land 1GB RAM, but could run CE with gxl_p212_1g DTB.
Did you buy the two boxes from the same seller?
And was there a noticeable price difference?
Do you have a chance to return the box?

The truth is that I ordered it online, I am Colombian and these things little around here.
The price was the same, its not possible to run with that DTB, I dont know what else to do
Is possible to make an own DTB?

First you need to find out what’s really inside - either by opening the box (in case you will not return the box) and checking the ICs, or by using a Terminal Emulator App on Android and readout the ID from Android DTB

Hi, I bought a x96mini some days ago and performance is amazing with Corelec, today bought the “same” device for my brother but not boot. I install AIDA64 in both devices and old X96mini has a difference, it say p281 in board, while new device say p282 in board. Do you know how to run in this new device? Thanks.

If I run terminal emulator the propper command is “cat /proc/device-tree/amlogic-dt-id”? If I open the box what I must see, sorry for my bad english

dependent on the TE app you use, you should see a command promprt like “$” or “>”, followed by a cursor. Just type the command you quoted. It’s similar to the command shell in Windows OS…

ok y typed the conmand on terminal emulator and it says p282, then open my tv box and processor is S905W, it seems a nigthmare, inside are equal, but system say p281, and p282, is the only difference that I found

What was the exact output of the command? 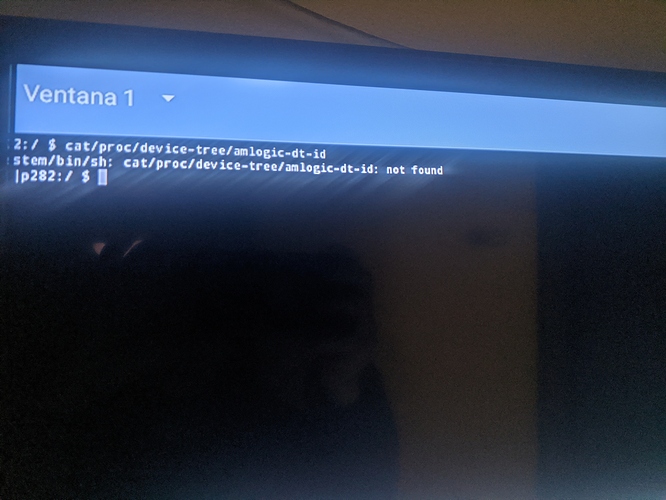 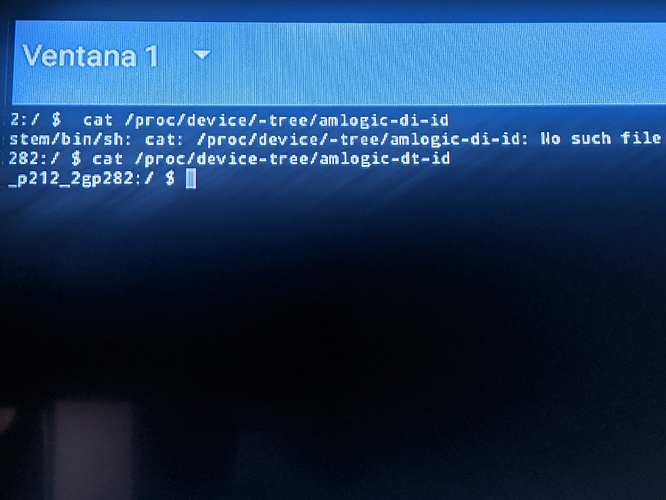 Looks like the Terminal App cutted some letters, so you could try another one, to get the full output…

As rospy reported in the other thread, he was only able to install with older version CE 9.0.1, so also try that. After install, you can update to latest CE.
DL: https://github.com/CoreELEC/CoreELEC/releases/download/9.0.1/CoreELEC-Amlogic.arm-9.0.1-Generic.img.gz

From opening the box, it was confirmed that is it S905W, so would it not be the case that if a version of a DTB could be found that works with one version of CE then it would works with later versions?

If not then I would have thought that a new DTB would be required, created from extracting it from a known working Android distribution?

Yes it does seem that you are correct and I read it incorrectly.