Friend asked me to play this file here: https://gofile.io/?c=4K9KOB (nits test file) on odroid and on the tv built in player. Playing it on the odroid resulted in 2 brief flashes followed by “Invalid format” msg from the TV. Now HDR won’t play on the tv properly using odroid. the HDR logo flashes and only get some flashes of video but mostly black screen, and when there is something playing it has “snow” like effect on the video. I looked at the picture settings on the tv and it frantically switch between the normal SDR picture settings and HDR. Playing that test file on the tv player through USB works fine.
Tried the next:

Before that test, everything was working perfectly fine.
Not sure how to get it to work again…

I now tried with all the other ports on TV too. 1+2 play fine but with harsh snow static, 4 won’t display HDR at all, and 3 which I was using has the picture mode switching between HDR and SDR non stop.
Pretty sure I read in the past the back ports allow higher bandwith and more fitted for 4K.
Cable is one of those HDMI Ultra High Speed 48Gbps.

I’ve made a log file: http://ix.io/21Ru
Here’s what I played:
SDR.1080 - fine.
HDR.1080 - fine
SDR.4K - black screen for most of it with couple of 1ms flash of video.
HDR.4K - starts with image with white distrortion, then HDR logo starts pulsating and it turns to black screen, then tv shows invalid format. At previous plays tv showed a no signal msg after a few seconds.

You most likely need a better HDMI cable.

It does sound like it, my cable was £2 from fleabay and im getting 4k fine HDR on and off.

Its only a meter long though.

Yeah, I’m hoping it’s just that. I bought one that is Ultra High Speed and it worked fine till I tried that test file.
It’s from a brand you even recommended “elsewhere”

Sadly, I don’t have any other premium cable atm, those things always happen on weekends hehe.

But also post the output from dispinfo command while you’re playing the video that has the issue.

Thats what i use, works fine. 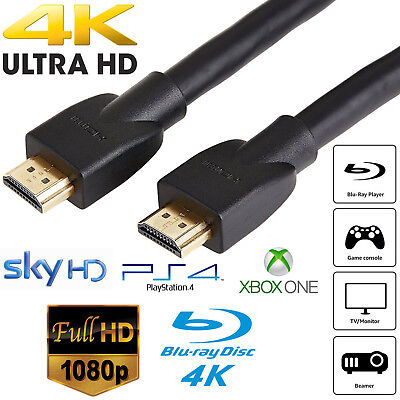 Yep - no need to spend lots of money - just make sure you get one with the HDMI Premium Certification hologram https://www.hdmi.org/spec/premiumcable

But also post the output from dispinfo command while you’re playing the video that has the issue.

@timfolk can you try playing a couple different 4k HDR sample(maybe from https://4kmedia.org/) to see if you get the same results.

I tried the next files from the site you suggested:

Other than Samsung Wonderland Two HDR UHD 4K Demo.ts which played perfectly, the others gave me a black screen, the HDR logo didn’t even pop up and after a few seconds the TV reported no signal.

That almost certainly suggests you have a dodgy HDMI cable.

If it’s just that, I’m happy

the cable I use is supposed to be good and overqualified, but I’ll get another and try.
I’m curious to hear if the dispinfo indicated anything.

but I’ll get another and try.

Influence of HDMI cable - which one to choose? General

This is not CoreELEC specific. But using a HDMI cable in “good quality” is important I think. While trying to solve problems with my devices I asked myself about the influence of the HDMI cable. There are often threads like “at least changing the cable solved my problems with audio/video/cec issues”. But - changing to what? Just to make a clear statement - I am not a promoter or hidden reseller of something. In the meantime I have bought new cables. But I still don´t know if I have quality …

Hello, new user here. Having issues with HDR. Bought an LG OLED65B8. Following the settings here, I cannot get HDR to work or 4k in general I just get a “no signal” coming up on the TV when I click play on 4k content. There isn’t even any sound and I have to press stop to get back to the GUI. No whitelist setup, resolution 1080p etc refresh rate 60hz (although tried others to no avail). When I turn on “disable auto colour depth switching” HDR works but I’m told it’s on 8bit rather than 10 and…

Thanks for all the replies.

I went and got a certified premium high speed hdmi from the same brand (Club3D). Believe it not, it’s the only one I can find in a local shop. This has the same symptoms and somewhat worse. Sometimes I get 4K picture and sometimes not, when I do it has white sparks all over it and extreme audio distortion.
The one clip that worked before ( Samsung Wonderland Two HDR UHD 4K Demo.ts), doesn’t work now either.
I tried also the whitelist thing from recommended kodi settings. The N2 CE Edition came with all the 4K resolutions enabled, I made sure the 4096x isn’t, also tried to disable all the enabled resolutions like the guide suggests. It didn’t make any difference.

The odd thing is that the Ultra High Speed cable did work fine since the day I got the N2 till I tried that test file.
I guess next step is to order a monoprice cable and hope for the best. Sadly, this can take a few weeks to arrive.

can you try playing a couple different 4k HDR sample(maybe from https://4kmedia.org/ ) to see if you get the same results.

Did the logs show anything useful?

I have not heard anything bad about Club3D cables, if you got a different cable and still have the same problem, I don’t really know what else to suggest.
All the symptoms you are describing mean bad cable or a lot of interference. Do you have an AVR or is it a direct connection from the N2 to the TV? Also what is the length of the cable you are using?