922X Image quality vs past generations

On reading the Beelink GT king thread I noticed comments about the N2 image quality being superior to S912/S905x etc.

I have so far put off purchasing an N2 to replace my S912 boxes as I have been unable to justify the expense based upon the real world advantages of the N2.

But reading about improved image quality, which is one of the key fundamentals of such a device, I am wondering whether to revise my decision.

So in what ways, technical and otherwise is the N2 image quality superior?

I know that there are some features of the new SOC that can deliver content that previous models could not, so I’m not looking for comment on these issues as they are essentially new features.

I’m talking about the stuff that I can already play and why it would look better using an N2 or similar.

I can’t give a technical answer to your question, but I can tell my experience with the N2. I’ve used SOC’s for a few years for running Kodi on our family TV. I’ve progressed through Rpi B, Rpi 2, Rpi 3, Openelec, LibreElec and now the N2 with CoreElec.

The jump to the N2 is the first time I’ve noticed an actual difference in the video playback quality. I can’t tell you why as I can’t quite put my finger on it, but playback just seems much smoother and clearer. I didn’t think there was anything wrong with my previous setups, but the N2 and CoreElec just is better.

However, the difference to an S912 box might not be so much, but I’ll leave technical explanations for someone else

As I mentioned several times, the image quality without SuperScaler is the same as the older S912. Even the banding and the chroma upscaling too.

I thought that the s912 devices could not output HDR metadata such as MaxFALL/MaxCLL and the N2 can.

So image quality may be better for HDR or not ?

I am in the same position as the OP, I have a s912 with an overclocked gpu and also the CPU governor is set to performance, and it runs cool with my heatsink and fan mods.

The only thing that tempts me to a N2 is better picture quality.

None of us have the equipment to check whether the N2 is capable of passing through the HDR metadata or not.

@treboR2Robert, It’s correct that there seems that S905X/S905D/912 can’t pass correct MaxFALL/MaxCLL HDR infoframe values because of the Linux Kernel. I know that the devs over at OSMC are working on it for S905X/D to get it on Linux Kernel v4.9.

N2 have been confirmed passing the correct MaxFALL/MaxCLL values given the screenshot below from playback, so in that regard, N2 is favourable given HDR playback

However, bare in mind that the difference is often minimal and that plenty of the released UHD movies don’t actually have those values set… 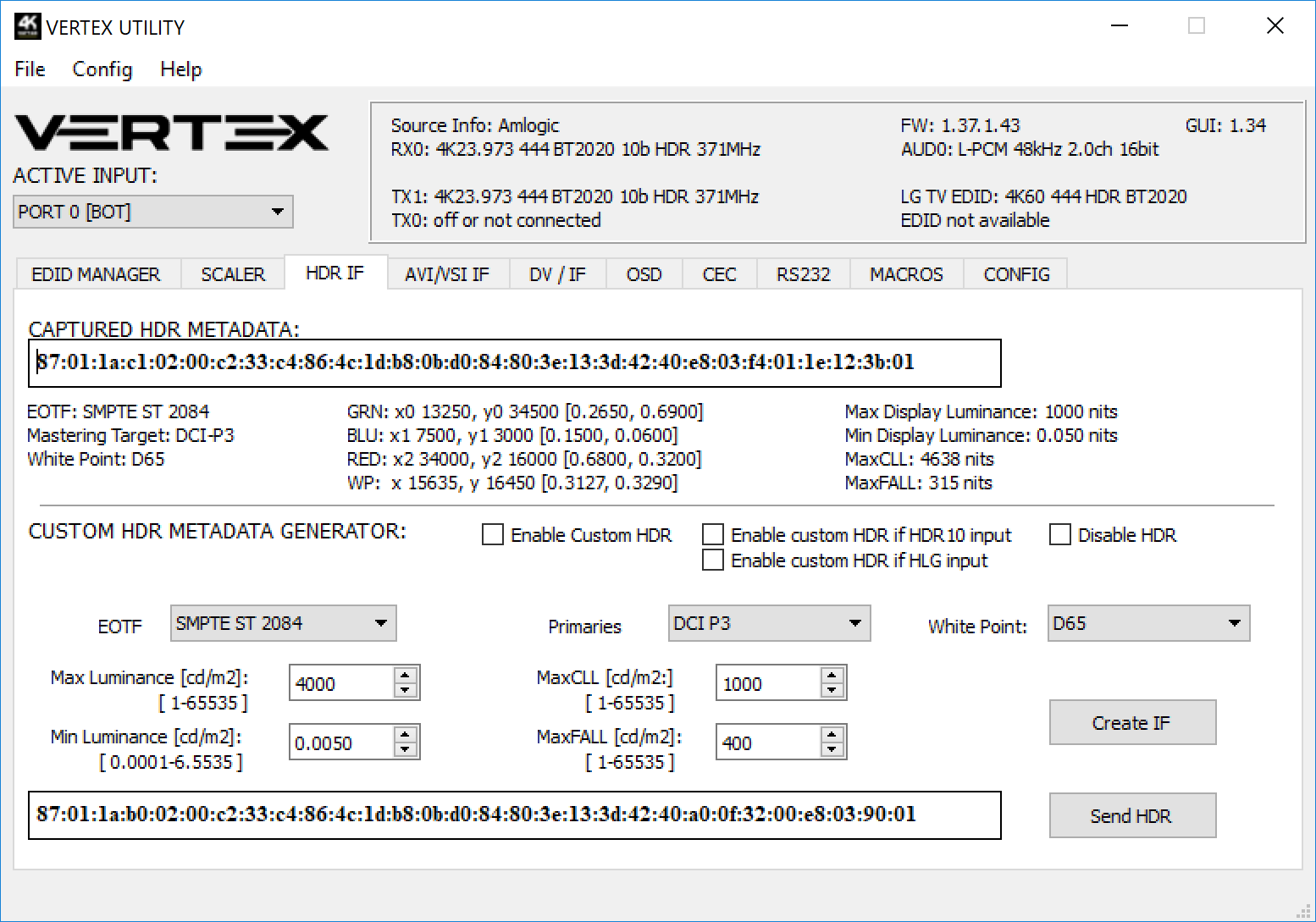 Thanks for testing and confirming that it actually works.

At this point in time i would offer this explaination which basically is that the N2 and the people working on it are further ahead of pretty much anyone messing with the S922x no matter which brand your looking at.

Things like kernel revisions and patch points in the various pieces of firmware are just better syncronized on the N2 builds right now.

Other then that the main part of the SoC’s are the same and who knows in the future the Beelink will be just as good or maybe even better. Currently its all about firmware development and being the N2 was outta the gate quicker it got the attention of the coders as well as HK has some good people themselves so it kinda became the defacto starting point. Most of whats learned tho should be transportable to other platforms using the same SoC’s someplace down the road.

Did you do this test yourself or did you get the picture from this post by @wesk05 (below) on the kodi forum ?