Advice on a very cheap box for streaming?

Well after the fiasco with the android streaming sorted, was lucky i could boot into CE on the KM9 Pro, Is there anyway to select boot on power up, IE Android or CE.

To be fair its mainly gonna be used for CE now, but shame to dismiss the android part.

The H96 is a pile of dog turd, thats being sold, so still wondering what other box to get just for streaming, whats ones can have CE flashed on the onboard EMMC?

The easiest way is boot to CoreELEC and then choose “reboot from emmc/nand” in power menu to go to android.
Regarding the box, you can search the forum and find some cheap deals with S905X3 devices you can use as clients of your N2.

Ok cool, i am running from SD at the moment as i assume you cant run internal on KM9 Pro

Well it has taken me some time to understand why you were so negative about my previous recommendation of the H96. It’s taken me reading of your troubles with TvHeadend to realise your H96 has the rockchip SOC. Mine has S905x2 from amlogic and therefore runs CoreELEC. I think you might be in the UK in which case your search on .zon should be H96 S905x2. Black box with H96 on the top, not multicoloured like yours. My previous comments apply and the v cheap 2/16 works fine.

Ok grand, ill search for that, already sold the other one. Rockchip = cack.

Can i just confirm, can you instal CE to internal on it? 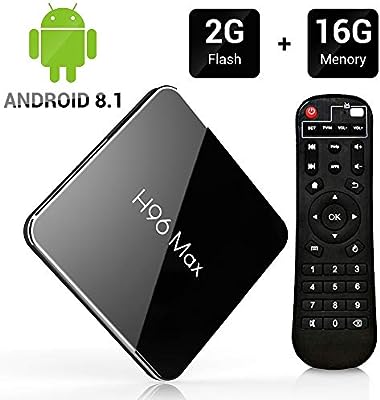 It should be but I’ve not run the ceemc tool on the 2/16 box yet. It does work on the 4/32. Give me until tomorrow afternoon and I will have because I’ve no need of android on my 2/16 box. I can tell you that the BI301 injection tool works for sorting out the powering up/down from the remote.

I’ll let you know as soon as I’ve done it.

Great no worries, no rush as this box is just for the kids in the corner.

Is that the correct one, i hear the wifi is cack, but ill be running wired anyway.

Right one. I’ve used WiFi when I took it on holiday. OK I. A room with a repeater. At home I use ethernet. I’ll have a play and let you know tomorrow. Only niggle is remote. Not the range or sensitivity, just that the keypresses click.

Like the rockchip I suspect, the box is awful with Android. Just goes to show how good these chaps are at team CoreELEC.

Yeah i know the remotes are cack, but this one is for the odd movie, tv probably wont get used but nice for it all to work. Even if its SD Card only it will be great for £20.

I would get another KM9 Pro but they seem to have shot up in price, sure its the same cpu to.

@roden, CoreELEC ceemcc tool works for installing to internal on the 2/16. I do reccommend that you read the description of it fully before you embark on running the ssh commands to do it. taking the box upstairs now to a poorish wifi zone to see what happens.

Wifi is at least as good as any of the boxes I have. I tested against an old faithful that’s been all over the country with me. The H96 connected but was very slow on a signal strength of 50(%?). Old faithful showed 48(%?) but would not connect at this low level.

Ok well that sounds ideal at that price, if it runs CE fine and from internal then all good.

1: When i turn the TV off the box goes to sleep, but when i turn it back on the box will not wake up.

Also cant get anything from the remote at all.

Its this one any idea?

Turning on from remote, you’ll need to use the inject BI301 tool. Look in the guides and how to section.

I read through that already and added the remote.cfg but its not seen at all, maybe i missed something.? will read again.

I dont want to disable CEC, i want the box to turn off with the tv, but however it will not turn back on with the TV??

Yeah read about the tool, didnt see much point using that yet if i have No remote input at all.

I also tried a dual install to EMMC, It says success but then fails to boot with a cannout mout file system or something, so just removed it, will stick to SD Card.

Only thing I can comment on is your last para. You really don’t miss out on much by running from SD. I did a full install to EMMC on 2/16 before answering you but successfully did a dual boot on my 4/32 previously.

Good luck with the remote. You must have missed something because it’s defo the one I’ve used on both boxes.You did unzip the file you downloaded?

Yeah SD is fine with me, its pretty fast anyway.

Just tried it again and Bang its working, and yes i did unzip it hehe.

Just the same weird wakeup issue, Red button turns box off, literally off not suspend .
So was gonna try adding this to the Seep.conf file

Also pressing 2 powers the box back on, but i get no display until i power off the TV and back on.

Not done the injection thing yet.

I dont get that in the menu?

You only get it if you’re using the default skin. If you prefer to keep your skin, there’s a way of rebooting to internal that uses favourites. If you want more info, I’ll look it up for you.

When you say internal you mean flash?