So this box is pretty expensive for a Kodi media centre but is it any good? Just want to know if it should be on my list to Santa?!!! 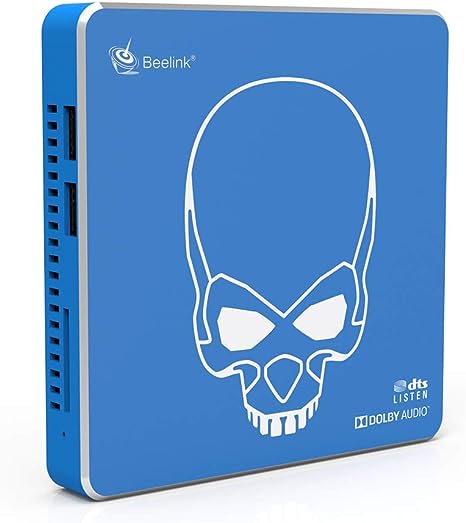 It depends on a number of factors, initially chief of which are your needs and expectations from such a device.

In general it does seem like a capable device with good specs.

Some may argue that Beelink don’t always include the best internal components to go with the SOC compared to competing products.

Budget is often another key factor, which personally I feel is a little steep but if comfortably within your budget, then …

I don’t think that there are any glaring issues to instantly make it a no no.

But out of all the S922X devices, I suspect that the Odroid N2 would receive the most up votes. by quite some distance.

I have had both an N2 and a Khadas VIM 3 Pro. I personally prefer the look and form factor of the Khadas plus you get a slightly higher clock speed on the SOC. The disadvantage is only 1 USB 3.0 port on the Khadas compared to 4 on the N2. The advantage is built in WiFi, Bluetooth and EMMC.

The higher clock speed on the VIM 3 is only an advantage, if you installed a proper CPU fan on it. To my experience the heatsink alone isn’t capable of cooling down the SoC enough and it begins to throttle under heavy usage.
In the end the N2 with its much bigger heatsink is faster, because it doesn’t throttle at all.

Also that everything is built-in by default in the VIM 3 could be an advantage for some users, for me it is not. I don’t need WiFi at all and can also choose between different eMMC sizes (I also like the removable/exchangeable part about the eMMC).

But I fully agree to the sleeker look and form factor of the VIM 3.

The higher clock speed on the VIM 3 is only an advantage, if you installed a proper CPU fan on it. To my experience the heatsink alone isn’t capable of cooling down the SoC enough and it begins to throttle under heavy usage. 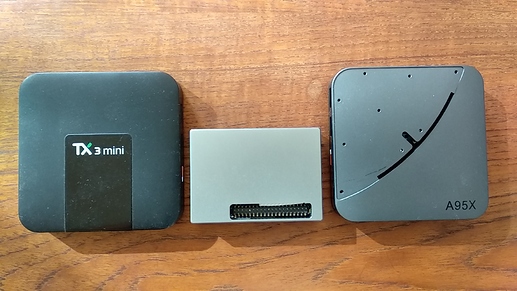 Nice catch.
Okay, then I’ll take everything back, what I said above regarding the throttling.

I had a long drawn out decision making processing when I decided I wanted to upgrade from my S905X box (which was playing media fine, I just fancied a new toy really).

Eventually I decided on the Beelink GT King, because I wouldn’t need the audio features of the Pro, and the N2/VIM3 were just too expensive. I got it for about £75 from AliExpress which is about £25 cheaper than any of the other boxes of similar spec.

There are cheaper S922X boxes, but they often seem to lack gigabit NIC (which I wanted for playing high bitrate 4K) and have questionable support, whereas the GT King is well supported with CoreElec. I’ve been very happy with my choice!

My daily driver is a GT-King and I’m quite pleased with the performance. I had to perform a thermal mod that I found online and temperatures dropped considerably. They would tend to go to 70C+ while watching Netflix 1080p sw decoding.
Overall is a nice device.

So the Pro version is over kill and the cheaper version is just as good for running Coreelec? Was the Install to internal or running from SD?

I will always go for an internal installation unless I really need the Android features. Hmm I did read on here, I’m new, that a dual boot from internal was possible but couldn’t find much out about it. When I installed Coreelec, recently, to an old Beelink Mini MX firstly on SD and then I took the leap and installed to internal via SSH but didn’t get the option for dual boot so has this option been dropped due to compatibility issues?

While I’m at it what are the risks of updating an internal install? Is it much less likely to brick the device or is it still recommended to try new versions from SD first?

Yeah the GT King and the Pro perform about the same in benchmarks, so in terms of processing power there’s not much in it as far as I can tell.

The selling point seems to be the built in audio decoding, which I have no need for as I have an AV receiver to do all that.

I run CoreElec on EMMC on mine, it was very straightforward. I don’t use the Android, so I just went for a single CoreElec install, it’s great. I’ve had to recover it a few times from a brick due to some problems with my EmuElec install on an SDcard corrupting the bootloader, which is no fault of CoreElec, but this is pretty easy. You just a USB A-A cable and follow the instruction from BeeLink to flash the original firmware.

The problem with deleting Android is that you will not be able to update the firmware, it has happened before that beelink fixed issues affecting CE that way (I think the LAN part was fixed like this). Thus, keeping Android will future-proof the GT-King (Pro).

As a simple way you always could use ceemmc to copy your CE back to USB or SD card. After you could burn latest Android firmware(without update) and install CE back to internal with ceemmc.