Bright line/pixels at the edge of video. Is this typical for Amlogic?

I’ve recently purchased an Ugoos AM6 Plus (Amlogic s922xj chip) to replace my dead HTPC.
To my surprise this unit was as fast (or even faster!) than my old HTPC (Ivy Bridge/Nvidia Fermi “passive GT430”) build.
All this while using CoreELEC on the AM6 plus (on my HTPC I had Ubuntu-minimal installed with some adaptations, all-in-all some sort of a precursor to CoreELEC).

But something I immediately noticed were the washed out edges while watching video (latest stable through latest nightly). Annoying to look at.

So I switched to Ugoos own OS (Android 9, v0.3.3, using the movieplayer app). The bright edges are still there but less pronounced. Almost bearable.

Then I doublechecked with a chromecast. There seems to be some form of processing going on, but it is unnoticable at normal viewing distance.

I’ve checked all 3 scenarios above with videos with and without encoded black bars (that is 1920x1080 vs 1920x800 for example). The outcome stays the same. The Amlogic chip does like to brighten up the edges. Very strange. Very cheap to look at.

Here is a screenshot to show what I mean: 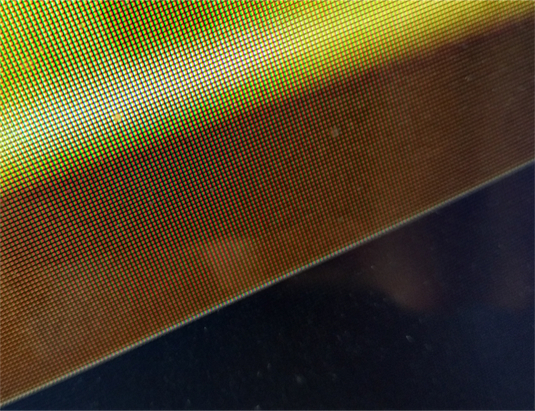 So the questions are:
Is this typical for Amlogic chips? Why is it more pronounced in CoreELEC than Ugoos builds? Is this a hardware “problem”? Can it be solved in software?

Do you have it on all media? Also movies?
I know this from live TV as there is also sometimes this last line used for timecode.
In 80’s these line on analog TV wasn’t showed but it’s shown on digital TVs.
What I remember there are 4 lines on bottom what where not visible in past.