The CE 8.90.3 release might be just around the corner as Leia 18.0-alpha2 is due by May 31. However, I’m not sure if they have fixed the banding issues regarding S905X… So, if they haven’t and they want to fix it before releasing a new build, you might have to wait a bit longer…

Since you are asking, are you having issues, facing crashes with the current build?

I get lots of freezes with 8.90.2 on my Le Potato. Very rarely during playback, mostly while navigating through the Movie/TV lists or on the main menu. Eagerly waiting for 8.90.3.

Well, it’s partly correct as it says 18.0-ALPHA2, yet the important part is the information “Git:3a989ee” which relates to the latest commit included. So, in the case above with the following commit identifier Git:3a989ee, the CE build is built with a commit which is 29 days old. There are plenty of commits since the commit above as you see here: https://github.com/xbmc/xbmc/commits/master. I’ts also important to mention that LE have made several commits lately which are of relevance regarding updated versions of packages etc.

I get lots of freezes with 8.90.2 on my Le Potato. Very rarely during playback, mostly while navigating through the Movie/TV lists or on the main menu. Eagerly waiting for 8.90.3.

Are you sharing your logs with the CE team as it might help them with debugging if you often have problems regarding freezing?

There hasn’t been a dev build of 8.90.3 for S912 yet. Anyone have instructions on compiling for Windows 10 so that I can try it out?

8.90.3 is planned for some time this week, there is always active development behind the scenes, the team speaks daily on Slack. Releases should be expected between 2-4 weeks.

The banding issue is still a problem but we are trying to solve it and working with Sam@OSMC on it as well.

We have become more cautious at releasing rapid updates so not to introduce bad builds to the community.

Install VirtualBox or any other VM and install Ubuntu in it.
It’s not possible to do a build directly in Windows.

Any ETA On the New build?

Any update regarding new build?

There is a couple of bugs that we are ironing out before doing a release, I know you are all eager but none of us want to give you a buggy release so just have some patience.

Will this release have resolution downscaling? I’ve been running my LibreELEC and now CoreELEC builds on 720p for native content like CBC but with 24fps it always jumps to 1080p/24hz even if the source is 720p.

Yes, whitelist feature will be included in next release.

Thanks to all the team for their efforts. As adamg says, none of us want a buggy release. The quality of coreelec seems really good to me. It’s all credit to the developers.

8.90.3 should be released at some point later today.

Thank you very much for the new release, now the system works faster and everything works fine 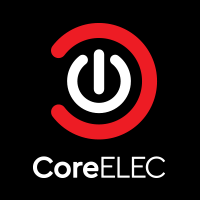 Many thanks adamg, and to all others involved in preparing this release. I note that this new release uses the OSMC Kernel, can I just confirm that the automatic update feature in coreelec will perform an update to the kernel such that there is no difference between an updated installation and a fresh installation?