Its been running since the first alpha of @anon88919003’s build when it was known as libreelec.

This one box still shows librelec branding under settings and when you go into the librelec add-on it still shows the libreelec logo.

Ive attached pics to show what I mean.

Is the only way to sort that a clean install and start from scratch? 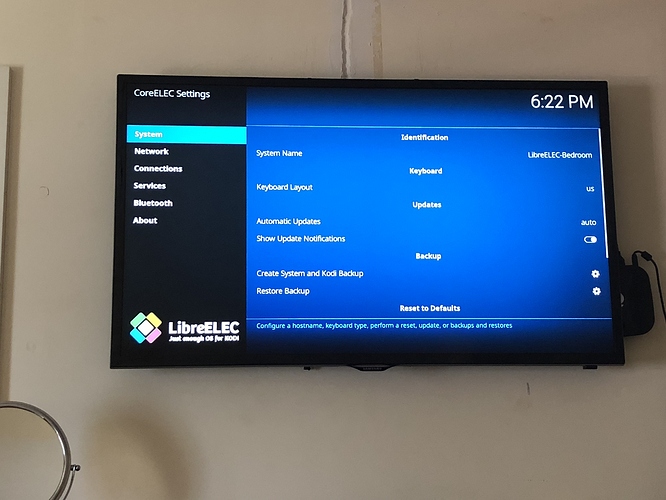 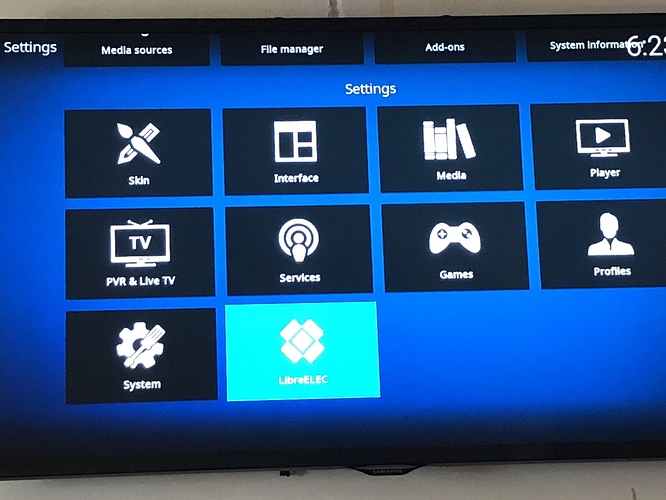 are you sure you are running 8.90.2? it seems different than the default estuary skin

Change skins and check again
I had this on my MiniMX (S905) box but only had an issue with Aeon Nox Silvo (it had LE logos in the actual addon resources - not anymore). The default skin was OK.
Also deleteing /storage/.kodi/userdata/Database/Textures13.db will wipe out any cached images held by kodi

Thanks for the reply.

Deleting the textures file made no difference.

I’ll try using the default skin when I get home later.

@Poida default skin is the same

weird, it does indeed appear to be a skin issue.

on my 905 box, with 8.9.2 installed to internal the libreelec branding as the above pictures no matter if I select the default skin or estuary mod v2…

but heres where its weird, if I boot of a sd card card and run it off that and select estuary mod v2 it changes from coreelec branding to libreelec. if I change back to the default skin it goes back to coreelec branding.

so it seems to be right if booting of a sdcard and it won’t change if running from internal.

I’m using Estuary MOD V2 also. It requires some skin changes to get the CE icons to show up. I got them to show in the CE settings wizard (your first screenshot) by renaming or removing the 3 service-LibreELEC-settings*.xml files from /storage/.kodi/addons/skin.estuary.modv2/xml directory. Replacing the LE icon on the Kodi settings page (your second screenshot) is a bit more work. You have to modify the Settings.xml file and rebuild the media/Textures.xbt file with the new CE icon included.

Some skins have hard coded shortcuts if the LE settings is found which we use in CE.

Can you tell us the name of the skin/s you see this behaviour with.

Aeon Nox Silvo Mod skin is hard coded. I’ve been able to replace LE logos and change LibreElec to CoreElec, in settings (procedure is similar to as described by @no1home) but it remains in the settings page ‘hints’ when CoreElec is hi-lighted.

I can’t… Coreelec is a fork of libreelec, and it use service.libreelec.settings addon. They have replaced libreelec icons by theirs in theirs builds, see : https://github.com/CoreELEC/service.libr...d4b5ae309d.

That makes sense. That’s probably why @anon88919003 was asking what skins had this issue

It is, it’s just as I thought and the solution presented was something I wanted to try and avoid but it looks like I will have to.

@matt77303 have you upgraded from LE? I have just noticed your system name in the picture you posted saying LibreELEC-Bedroom

I’m 99% certain I did a new install with CE when there was problems with the remotes. I can redo it with 8.9.2
Later just to be on the safe side if you want.