For android/CE switch, only need plugging in and out the usb stick.
Personally, not suggest to install in emmc especially for new CE user. 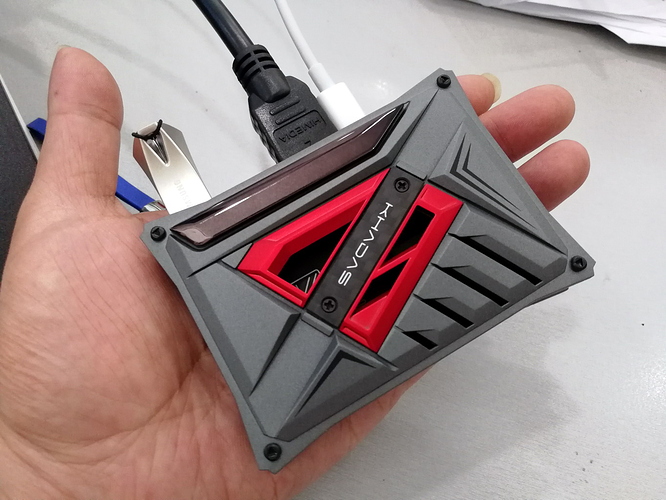 The top cover is mounted in reverse.

Careless mounting for the last time, as never use the 40-pin.

The VIM3 specs say the CPU should go up to 2.2Ghz but CoreELEC seems to be limited to 1.8Ghz.

in config.ini but I still only get 1.8Ghz

Update first with the newest tar and run the command after reboot.
After injection reboot and test if the power on button is working now.

Don’t be afraid to break something, the next time you upgrade with a tar the bl301 injection is gone

@TheCoolest has fixed this today and uncapped the VIM3 from 1.8Ghz to 2.2Ghz, you should notice a visible improvement with tomorrows nightly.

This tool can be used to update the bootloader
blob BL301 of the vendor bootloader on the internal
eMMC. This bootloader blob BL301 is customized by
Team CoreELEC to support all wake-up features like
CEC, Wake-On-LAN, IR, and GPIO wake-up from
suspend or power off state!

after reboot,
power on botton can suspend vim3, but still can’t resume.

PS: power botton can power on vim3 from shutdown.

I think there is another issue with suspend resume & HDMI.
Another S905X2 user say the same, power off resume is working, suspend resume -> black screen.
So I guess it wake up as the wake up function is same for power off & suspend but you don’t see anything on the TV. On a power off and resume the HDMI interface get initialized again so this is the reason why you see the resume on TV.

I will see if I can reproduce with my TV.
What TV, brand, type you have?

EDIT: I just checked it with the power button:
One press, kvim3 power off, second press wake-up

Sending the kvim3 to suspend, wake-up with IR is working, power button not.

Sending the kvim3 to suspend, wake-up with IR is working, power button not.

This is the problem I encountered

The problem (resume by power button on suspend) should be solved tomorrow in the next nightly - there was a bug in bl301 binary.

Thank you, I’ll test it tomorrow.

CEC is very intermittent sometimes it works and sometimes I have to power the tv on and off to get it to work which doesn’t always work and other times I have to use my Bluetooth remote to go into cec settings and restore to default which gets it working temporarily but as soon as I change input on my tv and then go back to kodi CEC stops working again. It’s also not saving my audio settings it keeps resorting back to PCM so I get jsut static noise through my avr
I didn’t have these issues on my s912, CEC worked flawlessly I could switch my tv between inputs and on and off and it always worked straight away so I know it’s not a issue with my tv (Panasonic). Audio output settings also never changed on the s912.

I’m hoping these issues were caused by me restoring from a backup from my s912 and using the generic build because the vim3 build wouldn’t boot so my question is to restore with a fresh installation what build should I use? (VIM 3 Pro 4gb ram)
Thanks!

Another strange behaviour I’ve just found is when I turn my tv off a few minutes later it turns back on on it’s own with CE as the input and the only way to keep the tv turned off is to unplug the VIM3 power supply. It doesn’t make any difference what the last input I was watching was ie VIM3 is on hdmi port 1 but if I turn the tv off while watching built in freeveiw it still turns back on after a few minutes and automatically changes input to CE
Again this behaviour was not present in my s912

VIM3 has just started the development cycle so you can’t really compare it with a SOC that’s been around for ages. I can assure that you’ve not downgraded anything. You have one of the best amlogic SBC’s available in the market.
Please keep reporting any bugs you find and the Team will address those.
Have a little faith in the Devs!

Comparisons are not necessary

Turn off CEC as an interim workaround either on your TV or on CE, your VIM3 will stay powered on but at least you can turn your TV off.

And please do not use your backup from the S912!
Make a fresh install will solve a lot of issues already

Thanks, I’ve just created a sd card with the latest generic Ng nightly and renamed dtb but it keeps booting my already installed CE, I have it installed to internal. What am I doing wrong, do I need to do something to make it boot from sd?
Thanks again for your help!