I’m new to CoreELEC and just installed the latest release. Came from an older LibreELEC ports from kszaq for S905 devices (Tanix TX3 Mini in my case).

I hoped for a fix of the 3D problem I saw, where probably eyes/sides were switched.First, I still face this issue. Any clue how to fix?

Then I noticed a new issue in regards to the remote control. This feels now really laggy and slow. Something to configure?

here two pictures I took with a camera 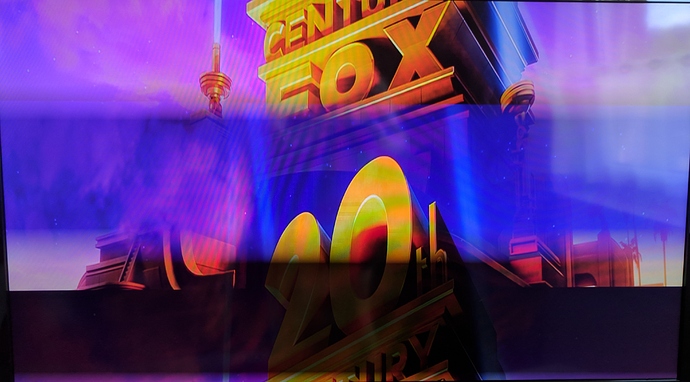 There is some information here about adjusting the remote delays

I would suggest changing your HDMI cable for your 3D issue as 3D playback has worked fine for some time now.

thx for offering help, but the hdmi cable is not the root cause. It works fine with Raspberry Pi (that’s running an older openelec release). Anyway, just for a test I replaced it with the hdmi cable that came with my Sky Q UltraHD Receiver. No change.

Let me try to explain the issue in more detail. As soon as I load an mkv file that contains an mvc stream, the video is started in 2D only, instead of 3D. Then, if I activate 3D manually, the video looks a) stretched and b) inverted (left/right or top/bottom).

Could this have something to do with the device tree file I’m using?
EDIT: I tweaked the remote by adding ‘ir-keytable -D 375 -P 100’ to /storage/.config/autostart.sh

the broken 3d playback does not occur with half side by side files. so it seems to be related to full rips using mvc stream.

Playing 3D-MVC content is not supported with Kodi, only 3D-SBS and 3D-TAB.
3D-MVC files (ISO or MKV) are only played win 2D.

The older Kodi v7-version from kszaq you were using contains a special “hack” for
playing 3D-MVC, as far as I know. But this hack is not included in the current official-Kodi versions for S905-devices.

Thx for your reply. Actually even the kszaq release didn’t play MVC but openelec on the rpi does.
Just to understand. Does this means that Kodi in general is able to play MVC, but just on S905 devices it doesn’t work? And if so, do you know if developers want to bring back the support? I remuxed my original BDs using makemkv and it would be a pity to convert them into hsbs files.

EDIT: Just found this here
“hardware decoding of [MVC (Multiview Video Coding) encoded 3D videos is supported in Kodi on some platforms/operating-systems if the device drivers and hardware supports it, like it does for the Raspberry Pi. For hardware decoding Kodi relies on the SoC/VPU/GPU chipset hardware manufacturer to add support for this to their SDK (Software Developer Kits) and for the media player box manufacturers to implement that into their API, firmware, kernel, and/or device drivers images as needed”