Thanks for having read my post, and I thank you in advance for any answer. Have a great day and hope you are safe.

I’m using Logitech Harmony 650 and I would not switch to anything else. Except for some similar remote. It is personal preference: Some needs only few keys, some like it more

Anyway, I think this should help you with one point: How to configure IR wakeup code

I understand IR with Kodi can be bad, but in my case it looks like the issue is only with receiving. If I could succeed to get a IR receiver as good as my other devices, it would be perfect. Navigating with the Harmony in the projector menus for example, or in the Xbox One, is perfect. A better receiver would make the same thing on my Odroid. But I don’t know, maybe there is some tweaks I can do to improve it. Because I find this difference between my Odroid and the other devices very stange.

Nice, you’re using the same one. Are you with an Odroid N2+ too ? How do you think is the IR receiving ? Am I the only one having to be perfectly pointing at the Odroid to make it work ?

I will try the IR wakeup code right now, thanks.
How is the configuration of your remote ?

Are you with an Odroid N2+ too ? How do you think is the IR receiving ? Am I the only one having to be perfectly pointing at the Odroid to make it work ?

I’m using Khadas VIM3 and I can point remote to anywhere in the room and still have same reception.
I don’t use meson-ir but meson-remote with custom RC6 keymap which do exactly what I want.

Oh ok. Maybe Khadas VIM3 have a better IR receiving than Odroid N2. But I find strange that it’s that bad. Maybe there is an issue with my setup.

Probably…, because I have no such problem with my Harmony 650 on my N2. It’s not even set as Windows Media Center or Xbox One, but as OTT TV Box X92 since I had that box when I got my Harmony. Never changed anything, just copied needed files from X92 box to every other one I use(d). The only thing I did from default configuration is changed the ON/OFF codes using “Learn” mode learning from original Odroid remote.
On N2 it works fast and with a very wide pointing angle…

Hi, I tried some new things and have some updates, but also some questions.

I followed the guide How to configure IR wakeup code and it worked, but not fully how I want. I maped my Odroid as Windows Media Center on my Harmony, and it has 3 IR codes registrered : Power on, power off and power toggle. When following the guide and executing ir-keytable -u, only the Power toggle code was detected. I succeeded to edit the config.ini and now the Power toggle can turn my Odroid on. But I would prefer to have seperate buttons to turn on and off my Odroid. But the Power on IR code wasn’t detected, I don’t know why. Could someone help me to find why Power toggle was detected but not Power on ?

I also found why IR receiving by the Odroid was so much worse than all the others devices I have. It was because the Odroid box was on (I have the default Odroid box selled in the CoreElec pack). With the plastic cover removed, it works much better. It’s because the IR receiver of the N2+ is completely covered up when the cover is on. But that’s strange, I though the cover was transparent enough for the IR signals to go through. Apparently I was wrong. I can still poke a hole through it for the IR receiver to work, but it’s a bit unconventionnal. Does someone have a solution for this ? 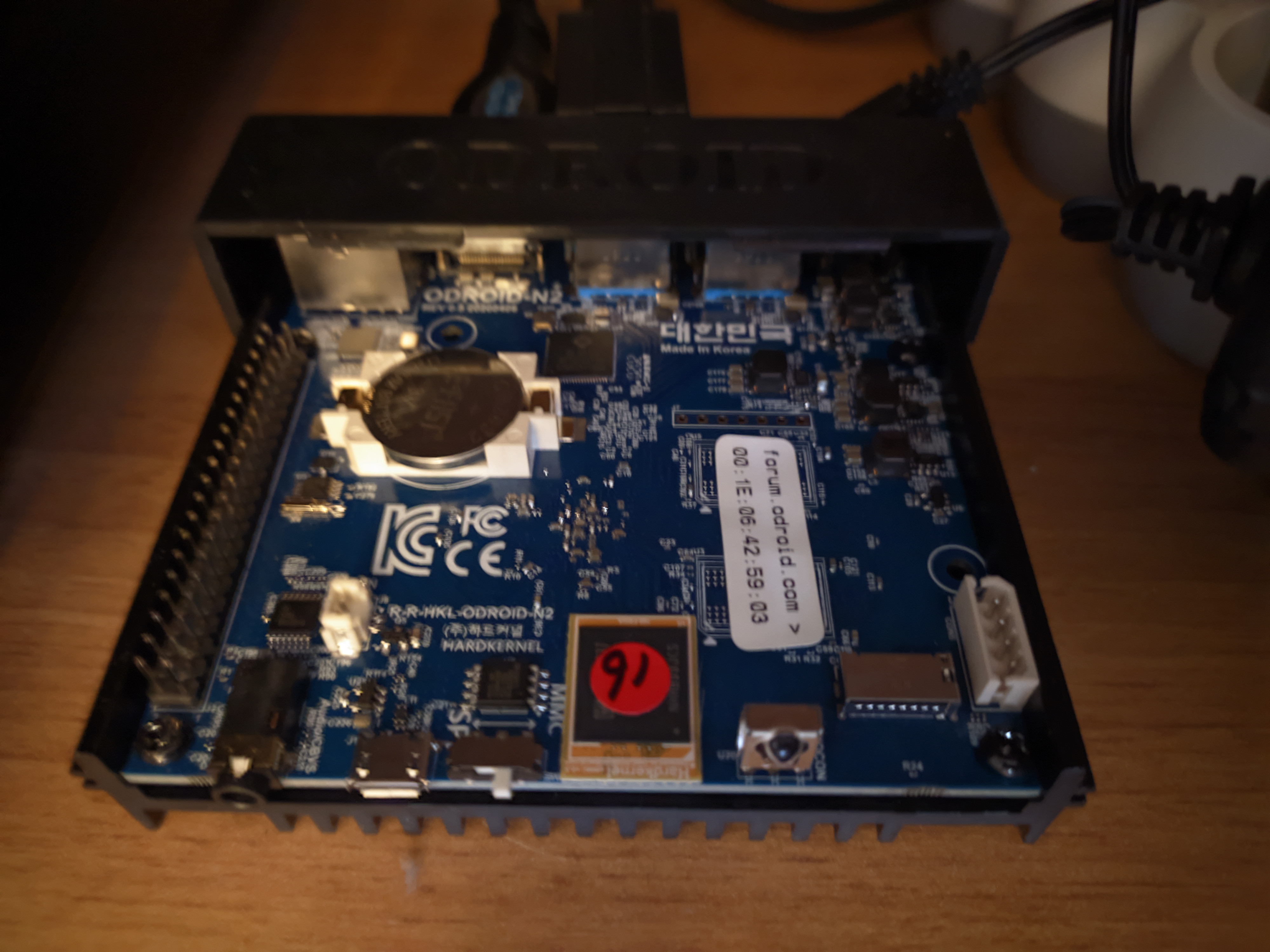 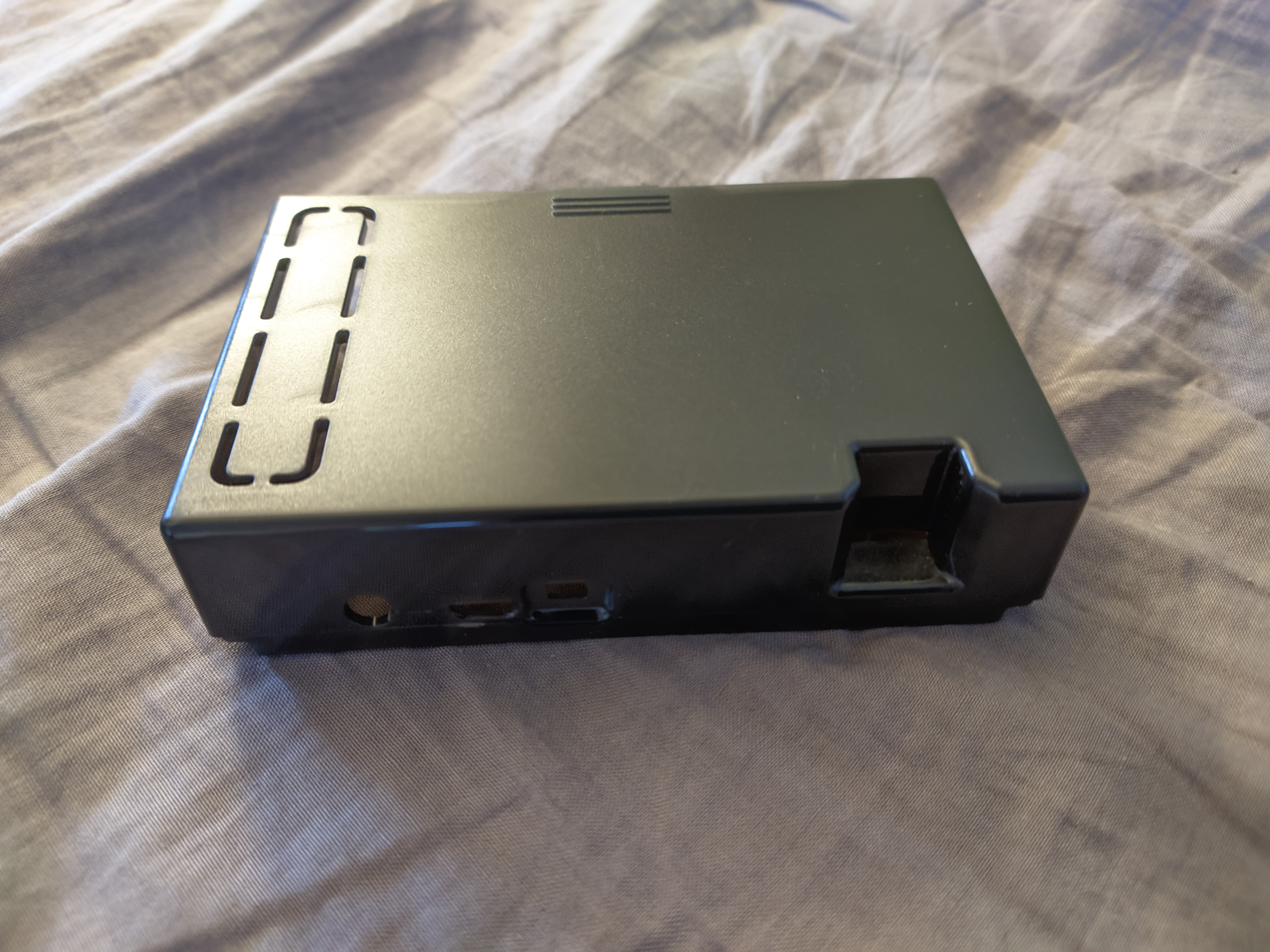 As you can see, the cover completely covers the IR receiver.

Finally, I have a last question but it doesn’t concern CoreElec or Odroid. It concerns logitech Harmony and my projector. My BenQ W1090 have to be muted at all time, because if not it outputs the HDMI sound. But I have an AV Receiver so I don’t need it. The problem is that my projector doesn’t remember the muted status when restarting. So I have to press mute on time after each launch. But I don’t know where I have to set this up in MyHarmony. I have 2 possibilities:

I can set this “muted” status in the “devices” area, in the “power” settings: 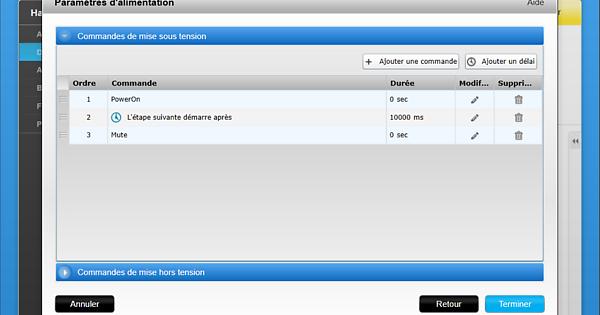 Or I can set it up in the “activities” area, and tell before all my activites to send the mute command to my projector before everything 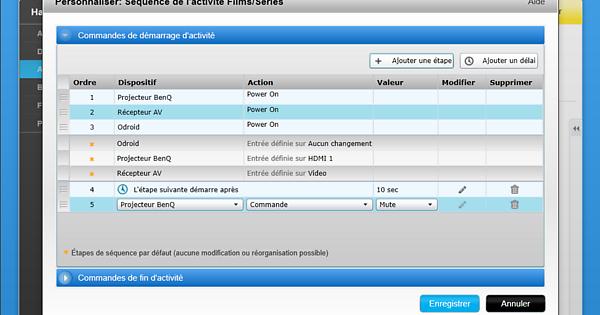 Where should I set it ? I want the mute command to be sent when launching on activity, and also when launching only the projector outside of any activity. I would have a question : In an activity (2nd image), does the “Power On” at the projector line means it’s only sending the “power on” command, or does it means it’s executing the full “Power on” sequence previously set up in the device settings ? Does it take into account what has been set up to power the device on in the device settings or does it ignore it and just send the “power on” IR code ?
(sorry if that is unclear, english is not my mother language. I also know it’s not really the place to ask my last question but it’s not a very important question, but maybe someone here knows myHarmony enough to have an answer)

Thanks in advance for any answer, and have a great day and a great 2021

Finally, I have a last question but it doesn’t concern CoreElec or Odroid. It concerns logitech Harmony and my projector. My BenQ W1090 have to be muted at all time, because if not it outputs the HDMI sound. But I have an AV Receiver so I don’t need it. The problem is that my projector doesn’t remember the muted status when restarting. So I have to press mute on time after each launch

What happens when you lower the volume on BenQ to minimum, does it remember this setting after restart?

Well, I simplified the problem. It’s a bit more complicated than that. I don’t know why, but the speaker integrated in the projector always does a very audible noise, there is definitely an issue with my speaker or its circuit inside. Lowering the sound to 0 mutes the HDMI sound, but that noise is still always there. Using the mute function is the only way to turn off both HDMI sound and remove that noise. Volume level is remembered after a restart, but not the muted status. Hopefully I have a Harmony remote now, I’m sure there is a way to fix that by making the remote sending mute after starting. I just had some questions about some points in myHarmony as I’m a begginer with that type of remotes.

Maybe the simplest way is adding another Device to your Harmony 650 remote. In Logitech data base there are settings for your BenQ W1090 projector. After starting N2 with WMC Device switch Device on Harmony to BenQ where you’ll have the needed Mute button…

Yeah, I already have the “mute” button, and it works. The logitech database is very complete and fullfills all my need. I don’t have to manage switching between devices, the remotes manages all by itself. I can tell it to send the mute command after powering the BenQ on. But the thing is that I want it to be done either when launching the projector individually, AND when powering it on through the “activities” macro functionnality. So far I haven’t managed to do it on both at the same time.

But this is a small issue. My other issues with the cover plate of the Odroid blocking the IR signals, and the impossibility to set the “Power on” function to wake it up are more important (As I said, I succeeded to power it on using “Power toggle” but not “Power on”, which would be better)

My other issues with the cover plate of the Odroid blocking the IR signals,

For that reason I use original transparent case, and also to see my Oled display positioned inside the case