hi @TheCoolest !! I am sorry to be late… here the link, thanks!!

It looks like your box uses a clone of the AP6255 chip, which has been supported since July. Are you sure you didn’t disable Wireless in CoreELEC settings?
When “Wireless” is disabled, you won’t see the interface in ifconfig.

hi @TheCoolest !!
no, I have it enabled… system just shows with ifconfig, nothing appears with iwconfig:

maybe my wifi chip is broken?? the box is new, it hasnt been almost used …

pd: I enable bluetooth and it appears as disabled. I had the wifi working 3-4 nightly build ago, sure… but now it doesn’t appear nor android 8.1, so my wifi/bt chip has been damaged??

I dont know if the thread is dead because the problem doesnt exist, I mean, I am reporting a wifi problem when nobody has this wifi problem. The issue is that I was connected on wifi mode during some days up to one nightly update some weeks ago it results on a wifi and bluetooth modules lost. I dont know if is only my box or it has happened on general to this adapter on this box or all boxes with this adapter. Nobody ask me to put on command line the order to get which is the adapter on my box, or how to do some ask to my hardware to see if it is right or not, damaged… I would like to do this with someone helpness.

Regards and thanks to your support,
David

hi mates, I have realised through coreelec team and other mates with the n5 max box that my WIFI/BT module is damaged, nothing to do. I hope the rest of the machine will survive for a long time… thanks to all, the thread can be closed.

Just got this box and it shows wired but no wifi as if the box doesn’t have wifi! Any ideas?

You need to provide more info, including which version of CE you are using.

Will be worth following the advice earlier on in the thread for a dev to look at.

Will rewrite the sd card first although I’m sure I got the right version and device tree.

OK wifi sorted now to get the remote to work!! Oh what fun!!

That will be easy

No can’t get the remote to work and the wifi keeps vanishing so basically this box is a nightmare!!!

Does WiFi work consistently or at all in Android?

It works fine in Android but to be honest the box is going back. I tried playing videos in CE and it was all over the shop. Maybe with a lot of work it could be passable. Just haven’t got the time to invest in mucking about with it.

To be honest I’m going to try and downgrade my two S905X boxes to CE 9.22 as I think they were better before the recent update, less glitchy. If they are still bad I might even go back to my MXQ’s. Just not wasting my time when I could just watch a DVD or pay for netflix.

Please post a picture with the box, to see the logo on it (N5 Max). 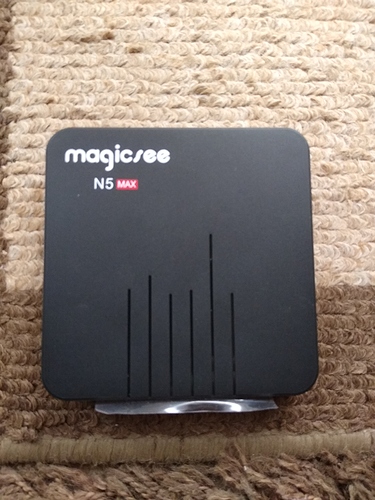 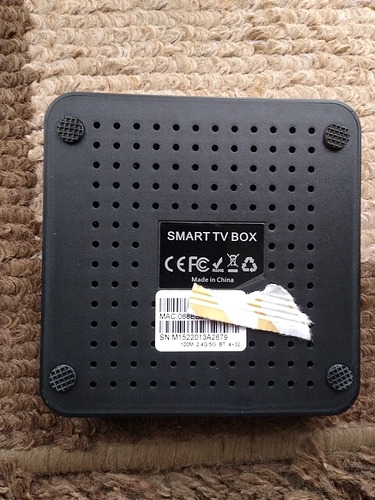 Yes, it doesn’t look like a fake box. There was no Magicsee written on mine, only N5 Max. WiFi did not work in Android, while in CE it was ok. And it wasn’t Gbit, just 100mbps on ethernet. Now it doesn’t work at all, it suffered serious damage when I wanted to make it a thermal mode. I hope you enjoy it.

It’s was bought from Amazon so is going back!