Using the Amlogic S905X4, Netflix now plays in 1080p. It is software decoded. Prior versions of Amlogic SoCs only played in 720p.

Is it possible, that the next generation of Amlogic SoCs well play Netflix in 4K? 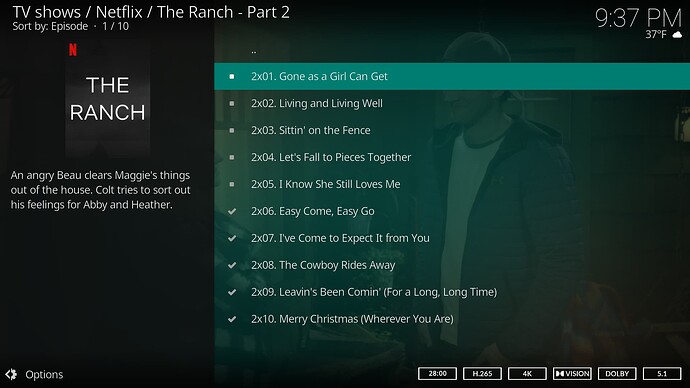 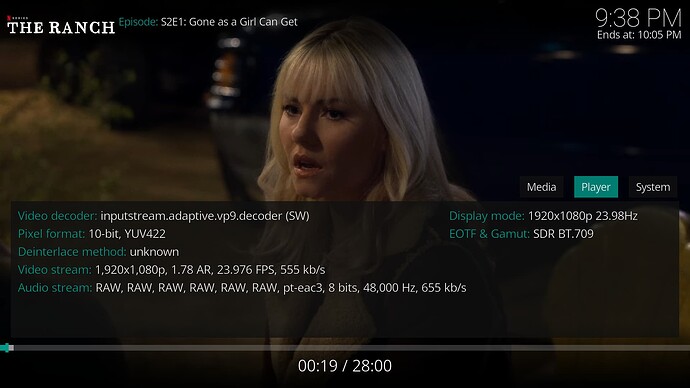 4k is reserved for Netflix certified devices with widevine L1.

I think they said the same thing about 1080p.

4k is hardware only

Crazy how audio has higher bitrate than video.

Do you think that the upcoming Amlogic S928X SoC will software decode 4K (low bitrates in AV1)?

Not even Kodi on Windows does 4k sw-decoding in Netflix. Maybe I have outdated info, last time when I tried it was only 1080p, and only some content.
Later edit: forgot to add that was an overkill AMD PC for a media player. So, don’t think that this big. Little architecture without DRM will be OK in the near future.

It’s not just a “power” thing. It’s the method used and the protections involved. Netflix addon uses the streams available for Linux/ChromeOS and that’s 1080p maximum. And Netflix is the one with better resolution. Disney+ can only use 720p, Prime and HBO max are limited to 540p. It’s not lack of power, is the level of protection chosen by streaming companies/devs. As an example l, if you have a Netflix certified device capable of booting CoreELEC, you can get 4k on Kodi’s Netflix addon and only 1080p in CoreELEC. And they literally use the same soc.

InputStream based Netflix plugin for Kodi. Contribute to CastagnaIT/plugin.video.netflix development by creating an account on GitHub.