I’ve enabled VESA display in CE-settings, and while its added more options, it hasn’t enabled the 1680×1050 resolution.

This will add the the 1680x1050 to the list of available resolutions in kodi, whether the display supports/advertises it or not.

I believe the hardware probably can. However I’m not sure if there is currently support in the kernel for it at the moment.

I will look into it a bit latter today once I’m a more awake. I’m just getting out of bed and crawling towards the coffee maker at the moment.

So unfortunately it doesn’t look like the kernel currently has support for 1080p120.

Thanks for looking and confirming. It’s a niche requirement at the moment I guess - though as 2160p100/120 production ramps up (there were trials at Athletics meets recently - and NHK want 4320p120 as their 8K standard) p120 is going to become slightly more of a thing.

I very much doubt it is going to become a ‘thing’.

There is only 1 4K channel available on Satellite in the UK and it only runs at 50fps, never mind 120fps.

Speaking to those developing UHD broadcast technology - the move to 100/120fps is definitely on the radar in the future. 2160p50/60 simply has too much motion blur for high speed content like sport.

The BBC has worked with the EBU to trial 100fps stuff over the last 6 years or so. It’s not here yet - but it’s definitely on the horizon as a possibility - particularly now we finally have a >60fps timecode standard (which was a real problem and forced dual-phase p50 or p60 to be used)

The move to IP control rooms - rather than SDI-based production facilities - is also a major route to adoption. 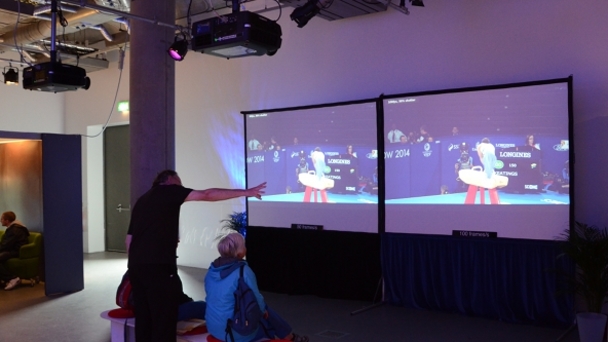 Lessons from a trial at a live sports event

Sky may only run a UHD overlay DVB-S2 system - but BT Sport’s multicast IPTV system carries UHD services, the BBC iPlayer does, and the major OTT players for Sport are beginning to as well. Tokyo 2020 would almost certainly have seen a bit of an explosion in UHD sport (as Japan was planning to host at least some of it in 4320p - and some of that was due to be p120 I believe)