OK, I will test it

Next nightly build will include support for HW I2C, so you’ll be able to use pins 3 and 5 to connect the sda/scl pins of your OLED. You’ll need a new vfd.conf file, it’s already in the repo marked as hw_i2c .

The HW I2C driver needs to start before before the OpenVFD driver can begin using it.

0510 nightbuild , the oled lights much earlier.

Yes, a fix was added to make sure that the OpenVFD driver starts only after HW I2C is available.

Just bought two 128x32 0.91" oled displays, one is blue and another is white color. waiting openvfd addon to support N2

OK, lets get this topic to the top.

Is it possible to have “7 segment font” as in Odroid N2 Oled Driver, which is easiest to read on such a tiny display. I know that you use icons, but they are completely useless on such a small display.
If that is not possible, can you change “crossed zero” with easier to see letter O. Since no letters are used there cannot be any confusion…

I used open source fonts for the driver.
To add another font option, I would need a 16x32, 24x48 and 32x64 versions of the font. It needs to be a bitmap image (not a TTF file).
I couldn’t find one that was completely free.
If you can find a font that has at least those 3 sizes, is free/open source, I’ll try to find a way to add it.

This looks really cool. Did you make it yourself?
The only issue with this, is that you made the characters in the size that I asked, but the size should also contain spacing.
You can see the fonts here to better understand what I mean. Currently I’m using the “Grotesk” font for OLEDs.

OK.I will take a look

Grotesk normal or bold ? Bold looks like it would be easier to read… Can you change 0 (zero) with (letter) O ?

I personally dislike when 0 is replaced by O.

I agree with @ozolli. TBH I really like this font the way it is.
It uses Grotesk, not bold. I highly doubt that bold would be easier to read. I think from a distance it’ll look more of a “blob” than the normal font.

Tried all possible combinations and the one that I find easiest to read on my Oled 128x32 0.91 display is 5x7 dot matrix font (on Odroid N2 Oled driver)

Not really. The fonts are hard-coded in the driver.

I’ve designed a new PCB, with @Pelican’s great help.
I’m wondering if you’d be interested in it. 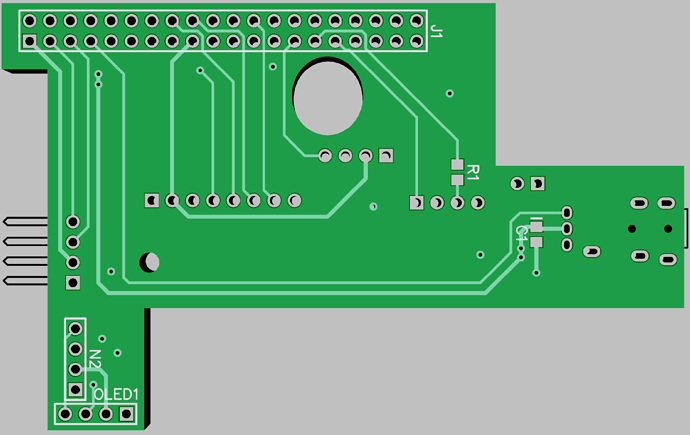 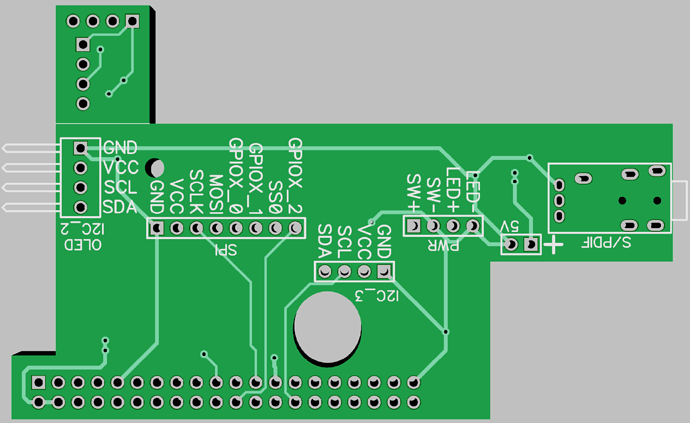