Passthrough not working on some videos

I’m using the Odroid N2 with 9.2.1 on an LG Oled C8 and there’s no dialogue channels on most of my videos. They play just fine on VLC on the same monitor so this is something with Odroid/Coreelec passthrough.

The reason I know it’s a passthrough issue is because if I change my audio settings in Kodi to 2.0, I get dialogue; if I change to 5.1, I get no center channel. These settings of course are irrelevant if Kodi is using passthrough meaning Kodi isn’t using it even though it should be so this is some kind of bug. I’ve attached a log and screenshots. Thanks. Oh, and I’m not syncing playback to display nor do I have EAC3 transcoding enabled.

The problem is on certain 5.1 videos, it’s simply not passing the audio through though Coreelec THINKS it is. I think these pictures will show you what I mean: 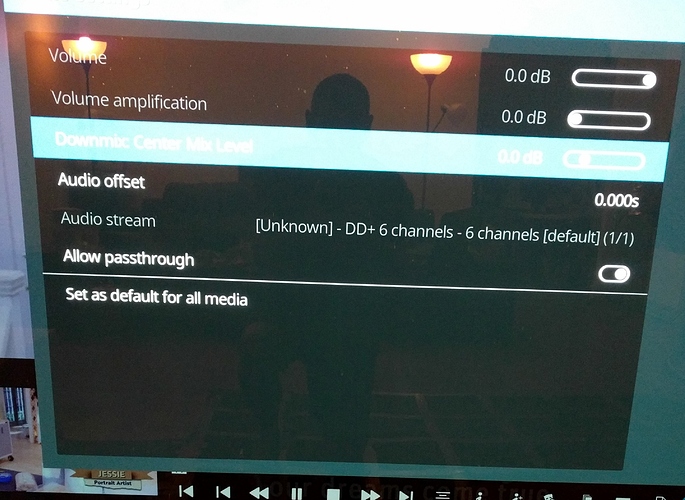 NOT passing through even though my LG supports it and no dialogue channel: 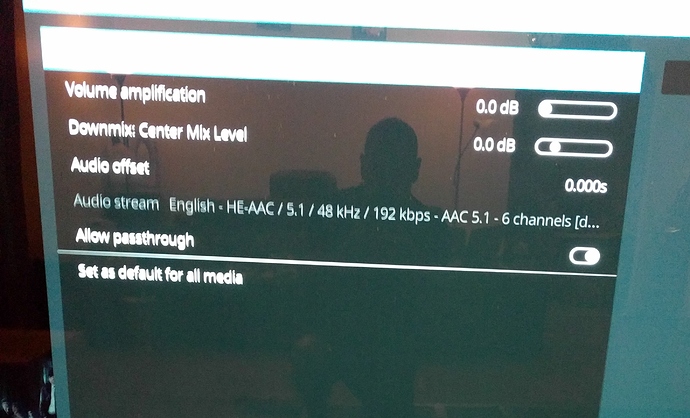 Are you using ARC or is the N2 connected directly to your AVR/Soundbar?
I’m asking because on your second example (which is not working) you are using an multi channel AAC file. For this you need multi channel PCM support. ARC can only handle 2.0 PCM.

In other words, even if I’m incorrect and it’s not a passthrough issue, it’s still some kind of bug somwhere with the audio since it works in one Kodi and not the other.

So here you go exactly what I thought. I don’t know about your Windows box but in Amlogic when you set 2.0 AC3 Transcoding is available. And you need AC3 transcoding because as I already said HDMI ARC does not support more then 2.0 PCM. ARC is basically a SPDIF. Even though you can get Dolby Atmos it only works because internally your TV is compressing it to AC3.

You have only two choices here. Connect the N2 directly to your AVR and set channels to 5.1 OR leave it as is and set channels to 2.0 and AC3 Transcoding.
This way you will still be able to correctly passthrough Dolby Digital (Plus) and DTS up to 5.1 channels and Dolby Atmos. Dolby TrueHD, DTS HD, DTS:X only could work with eARC HDMI 2.1.

Got it thank you. I was thrown because Kodi settings on Windows worked but didn’t on the N2 but now you helped me understand why.

I’m running CE nightly directly connected to an LG C9 and play audio via ARC to my receiver. I’ve been able to hear anything I throw at the N2 even with channels set to 5.1. (granted Atmos plays as Dolby Digital Plus E-AC3, but still sounds great!)

Send me a sample of your file and I can test it for you.

Thanks but the C9 supports eARC whereas C8 doesn’t (there’s a whole thread on LG’s site of people who are very angry because apparently LG could give the C8 eARC with a firmware push but won’t) so not sure it would be a valid comparison.

Honesty I don’t hear a difference either if you have Atmos over ARC (which is e-ac3) or directly (as TrueHD) but it might be my setup.

The thing with eARC is that not only your TV but also your AVR and the N2 need to support it. And iirc the linux kernel has no eARC support.

I connected my N2 directly to my Soundbar. There were some CEC issues opposed to the ARC connection but I managed to fix them.