Was wondering why you could read it and found the desktop version of webpage of Imgur displays the image in a higher resolution. Well, new thing learnt

The board has 4 ram chips on each side (8 in total) so you need to double that, and it’s 4GB in total

Am I too slow with editing, or you too fast with replying?

Already revised. But looks like the chip crisis continues, and still a hit and miss with these cheap boxes…

Yeah, users that want best experience and no hit and miss chip lottery better go with branded boxes like BeeLink

Thanks I was trying to figure out that logo and the mac address isn’ t found. Yes reading on Armbian about this chip seems bad. I quess this doesn’t help drv: net: phy: add JLSemi jl2xxx driver · unifreq/linux-5.15.y@17deb8c · GitHub 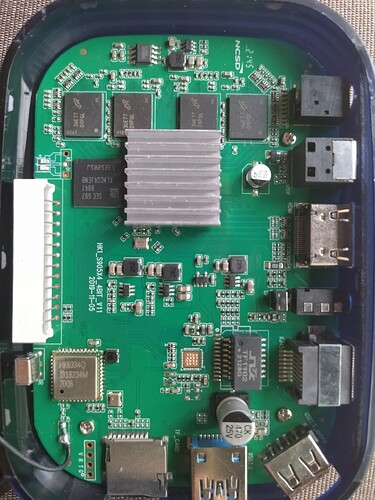 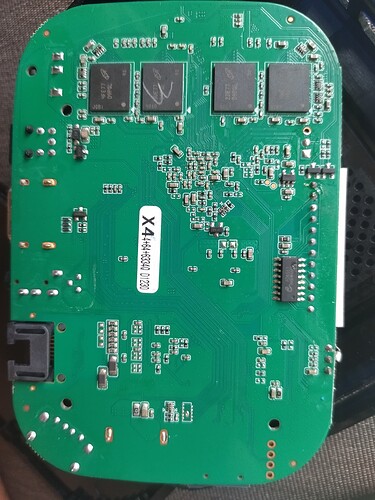 Edit: the 6334Q in the white label on board is different from ours and might suggest main component/firmware difference

I will create another generic dtbs tomorrow with 100mbit internal phy as yours don’t have a external 1gbit one.

FYI… With todays update, all of my videos play perfectly, including the VC-1 video codec… The skipped frame on “Back to the Future” is caused by the screen capture. The live TV stream in 480i plays perfectly, also. Actually, the picture is pretty good.
Great job… Thanks
BTW, I am using TVheadend DVR for my LIve and recorded TV using my HDHomeRun tuners. Using Edit4ever’s Kodi addon, I can get 14 days of guide data., 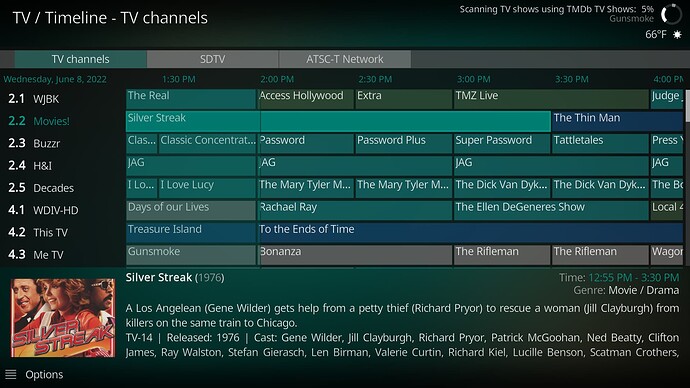 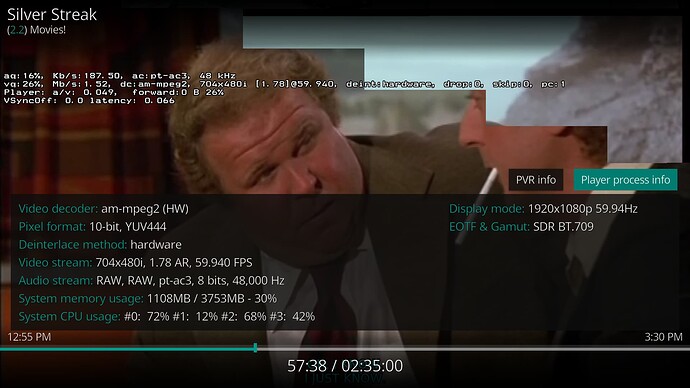 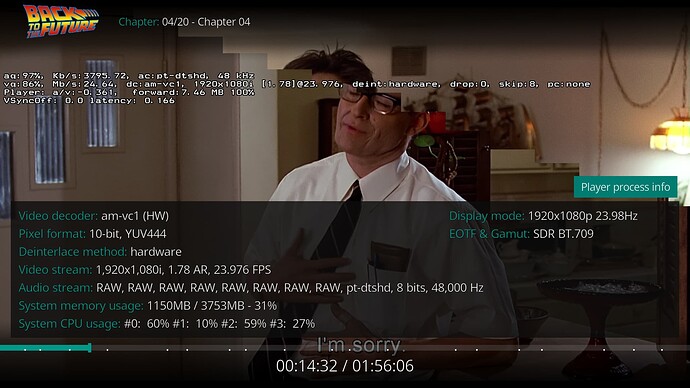 Replying to my own post, I added that JLSemi driver to the build system but things aren’t improved. I als o tried as as .ko and I guess it loads

but no luck. Granted I don’t know what I am doing.

Since you seem to have a number of these boxes, I thought I’d ask what performance improvements you are seeing above S905X3 boxes? I’m not asking about benchmarks, just subjective things like fluidity of response in menu navigation and the like.

That is a very good question. I have not been really comparing the two systems, since I have been playing with the HK1 exclusively.

Right now, there is issue with a closed caption not displaying properly on this new hk1 device. Tomorrow I will be comparing with the b-link which is running the X3 SoC.

But right now, I am very impressed with the X4.

I know that did not answer your question, but I plan on doing some evaluations down the road for performance.

Can someone please confirm s/pdif works and plays audio straight from device to avr with coreelec, would be greatly appreciated. Only test I’ve seen so far is s/pdif from tv connected via hdmi rather than straight from the HK1.

At this point I am not as positive on the this device as @clarkss12. If you want CoreElec a dedicated Amlogic SBC makes more sense to me. Maybe if recovery firmware is available and if you could install to emmc a 4GB 64B machine is definitely reasonably price but at this point neither is guaranteed. From the Android side it is definitely inferior to cheap Android TV devices that have Widevine L1 and support Dolby audio.

Anyway I was not able to get audio out of the a/v jack but it might need a different plug. Testing s/pdif I couldn’t get audio in Android or CE.

Thanks for testing. Ouch, so spdif is a no show with current testing? Could clarkss12 test from his system?

If I were to go another device, would the Minix Neo T5 be fully supported? I had a quick look and only the latest model from Minix had a dedicated device tree/CE image. The T5 fits my price range, I’m only interested in 4K video along with ability to pass non-video hi res audio via toslink.

Cheers for the help.

Been years since I used the s/pdif, so would have to dig through my misc. cables to find one… If I get the motivation to test it, it maybe awhile… Too hard for this old man to climb around, and behind, the entertainment center…

At this point I am not as positive on the this device as @clarkss12. If you want CoreElec a dedicated Amlogic SBC makes more sense to me. Maybe if recovery firmware is available and if you could install to emmc a 4GB 64B machine is definitely reasonably price but at this point neither is guaranteed. From the Android side it is definitely inferior to cheap Android TV devices that have Widevine L1 and support Dolby audio.

I guess it all depends on what you use it for. I have most of the Google Certified boxes/sticks, including the 2017 Nvidia Shield. But, NONE of my devices support all the audio and video codecs. My shield does NOT support Dolby Vision, but does passthrough all of the HD audio codecs. The TiVo Stream 4k passes through the Dolby Vision, but NOT any of the HD audio codecs.
So what is the use of having a 4K TV that supports Dolby Vision and all of the other HDR and HDR +. And an audio receiver that supports all of the audio codecs, if you don’t have a player that uses those functions…

Besides, my Kodi data is more than 6 gigs, so NONE Of these Official streamers have enough internal storage to install Kodi.

Right now, this HK1 is getting closer to MY holy grail (for my purposes). Of course, most people want a media streamer for their online content. I think having ones own media is dying.
That is just my 2cents.

We’re only starting this journey, spdif doesn’t work now but can be added later, depending on the device. It’s to early to call.

Besides, my Kodi data is more than 6 gigs, so NONE Of these Official streamers have enough internal storage to install Kodi.

Then this is good news for you