Is there a method by which one could stress test or benchmark (python script?) Via ssh in a coreelec environment?

I attempted to run these to no avail. (keep in mind my limited knowledge in the field).

Any simple command or script would suffice as long as the test can be run for longer than a fraction of a single second.

The only available benchmark for cpu is built into the kodi repo, and due to its quick nature cannot be used sufficiently as a stress test.

Another more specific question is : Is it possible to install geekbench suite for instance via command line and have it run?

Thank you again for your support here,

This community is very solid

I installed system-tools from the coreelec repository. When I try opening the addon it requests to open a terminal window. I hit yes. Then nothing happens.

I tried running the command stress-ng via ssh. I get the following error. 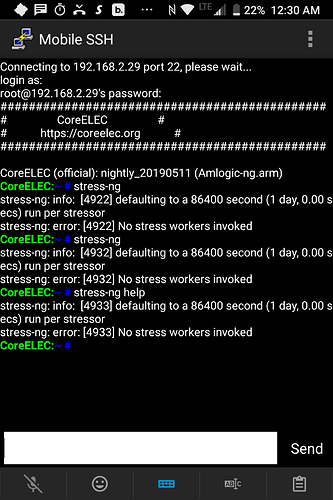 What am I doing wrong?

Thank you! This is a sufficient stress test!

any way to show results of the test?

I just get a notification is has completed and the allotted time. 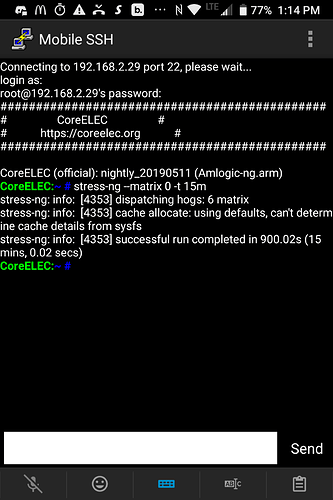 For any one interested in a 15m stress test result for two different types of tests conucrrently. 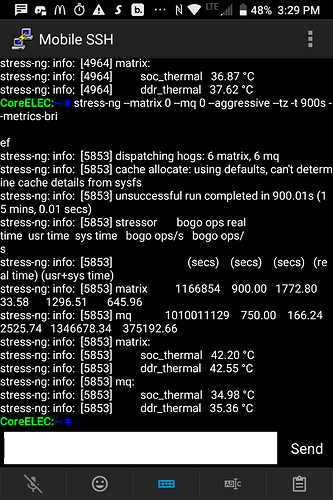 Cpu does go to 100 percent on all cores for all these tests, but kodi cpu percent stays low.

2 ghz seems stable. Will run for more than 30 minutes next.

Edit: ran 60 minute stress test , and a verify, no problem! 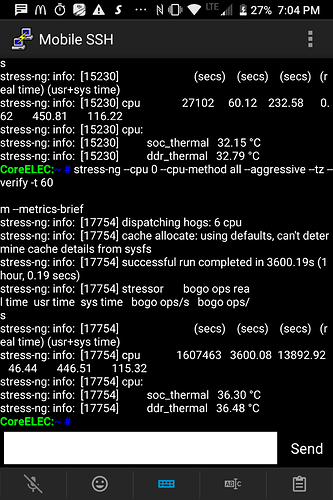