After getting a new device (Vontar x3, based on Amlogic S905X3), I installed the latest (9.4) CE -ng release (my old device wasn’t officially supported by the -ng releases, so it used v9.2.4.2, which was the most stable pre-ng release for it), and encountered the following problem: even when I just move around in the UI (without playing videos, which is what usually causes changes in refresh rate), periodically (every 10 to 30 seconds) TV’s banner (not sure it is the correct term) appears on the screen (see attached screenshots for how the display looks with and without a banner - banner is the black line with ‘HDMI 3 / ARC’ written on it, in the upper part of the second screenshot). The banner doesn’t appear if I leave the UI as is, without moving around. As soon as I start moving (for example, pressing up or down keys to move between menus in CoreElec’s settings, as in the screenshots), the banner starts to appear/disappear periodically. After I stop moving, the banner appears once again, and doesn’t appear until I start moving.

This banner is very annoying, and it didn’t appear (on the same TV) with the old CE releases, at least not when I was just moving around the UI. I understand that the banner is
shown by TV’s firmware and not by CE, but probably something in the interaction between CE and the hardware in -ng release is triggering it. As I remember, once I tried to install -ng release on an old device (the first -ng release, not 9.4), and while there were problems with it (since it wasn’t supported), this particular problem didn’t happen - so it seems that the root cause is not in a new device.

What can be the cause of this, and how it can be fixed? 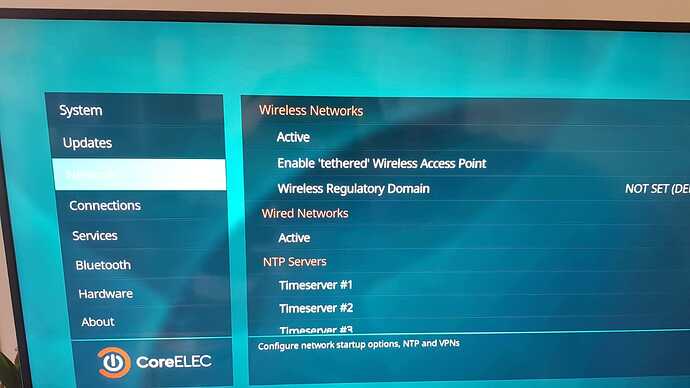 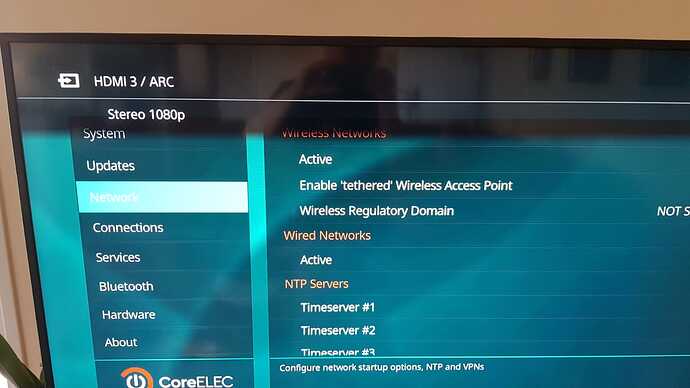 Try last nightly when you talk about 19.4
https://relkai.coreelec.org/

Make a clean install and check afterwards if Settings->System->Audio->Keep audio device alive is set to any other value than off, You can set it to 1 or 2 minutes or maybe in your case to ‘Always’.

Try last nightly when you talk about 19.4

No support for older versions

I installed today’s nightly (20220412), and the problem I described above is not there. But a setting Settings->System->Audio->Keep audio device alive is not present either (meaning, there is no such option in UI).

Also, the current nightly has a couple of new problems: for example, even though ‘Adjust display refresh rate’ is turned off, when video is stopped the screen becomes black for 5-7 seconds (as though refresh rate is adjusted). In addition, upon login via ssh, a warning message is displayed:

Those problems are not present in 19.4. Therefore, a couple of follow-up questions:

Open file /opt/etc/profile and comment this two lines. After reboot warning should be gone.
And I assume you have entware installed?

And I assume you have entware installed?

Commenting out the lines from /opt/etc/profile removes the warning, but I think that it doesn’t really solve the root cause: now I have a default locale C.UTF-8 instead of en_US.UTF-8. It doesn’t really make a difference for me, but it does for a person who really needs to use a different locale. And it is interesting to understand why locale cannot be changed (some problem in script’s execution order maybe? The same export works when executed manually) - especially since in spite of the warning, the locale is set.

To use different locale then Locale addon needs to be installed from CoreELEC repo.

After trying in turn a nightly release and then version 19.3 (which fails to work on this device - a first boot after an installation becomes stuck), I again installed the latest stable (19.4) - and saw that somehow the problem (the one described in the initial post) had disappeared… It is really strange, since both times I installed from scratch, and during the second time restored backup from the first time.