TX3 mini: no wifi and no VFD display

I recently bought a TX3 mini. CE boots fine on it, both the mainline and the NG version. But 2 things are lacking: WIFI and the VFD display. I checked with dmesg and saw that neither are loaded by the kernel. So, probably the drivers are missing.

If needed I can post the dmesg file and pictures of the PCB.

Anyone who’s got the same box and got this working?

Yeah, I tried that but it doesn’t work. As I said, I think the problem is the kernel does not have support for this display device.

i have the same box !

And? Does wifi work, and what about the display?

I have seen that TX3 Mini is supported by CE. Do you have the installation properly configured? 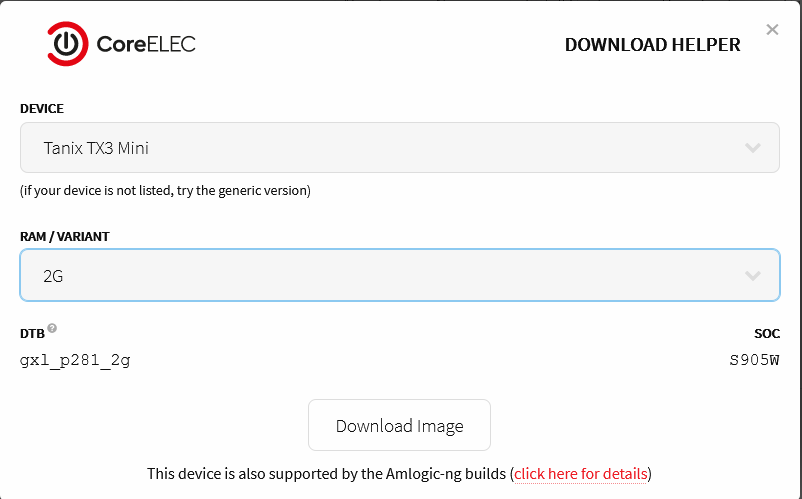 Yep, I know the TX3 mini is supported and yes, that’s the config I’m using. But my point is that apparently the TX3 I recently bought has different components inside. That’s why I posted the info about the wifi chipset and the vfd display.

For VFD, you’ll have to boot Android, run Terminal and execute the following command:
cat /sys/kernel/debug/gpio
Then post a screenshot\picture of the output.

No luck there either. I already installed CE to the EMMC. But to give it try I downloaded Android 9 for the TX3 mini and installed that. Unfortunately the display didn’t turn up and here also: no wifi support.

But now I have a new problem: how to re-install CE? The usual method of booting from u-SD (and using the button on the back) does not work anymore: instead, I end up in the Android recovery screen. Ho hum. Any idea how to solve this??

You can try downloading the Reboot to LibreELEC Android app and run that with your uSD card inserted.

Good thinking, but…On this forum I found something similar: reboot to CE, but no luck either: just reboots to the Android recovery environment.

Re-write or try a different uSD just to rule that out? Do you have a version of the firmware that allowed you to boot to CE?

Ah, finally some progress. I downloaded the Android firmware from Geekbuying where I’d ordered the TX Mini. After installing that with the Amlogic burning tool I was able to boot CE again.

What’s strange though: after installing Android there was still no wifi support and the display didn’t work either. I suspect, as said this model uses, different hardware and apparently the stock Android firmware is for the older/other version.

Excellent. Glad you got it at least partially working. Good of Tanix to keep end users guessing with a healthy array of offerings from the Shenzhen market.

I managed to get my hands on a second TX3 mini with a working Android install, so now I can investigate further. For the VFD I’ll add a post to the VFD thread. And I already added a post about the wifi chip in “Looking for users with no working WiFi or BT” thread.

Can the vfd and infrared configuration files of the TX3 S905X3 soc version be shared?