This is a byproduct of me reverse-engineering the Xiaomi mibox3/3c(MDZ-16-AA, the Chinese model) in April earlier this year.

The box has a locked bootloader and no reset button which made it impossible to side-load any other kernels, it even refused to boot into update mode when issued to do so from adb. Thus booting a CE/EE/Armbian/Openwet/whatever drive was impossible.

At the time I first touched this thing, the guys playing around with this box had to solder UART sockets to manipulate the u-boot, which is way too inconvenient. After digging through CE and Linux-amlogic’s source code and reverse-engineering all Xiaomi/Amlogic’s proprietary stuffs and constantly rebuild and test for 3 days, I finally built a USB Burning Tool flashable image for the box that’ll boot directly into CoreELEC.

After that I made many updates and eventually achieved side-by-side dual-boot with CE+EE via a USB Burning Tool image, which is the base for the now generic HybridELEC.

This is the latest image I built last night, which is basically the CE side in my old HybridELEC1.2 image however now standalone (I stopped updating standalone CE image after the first HE image released in early May) 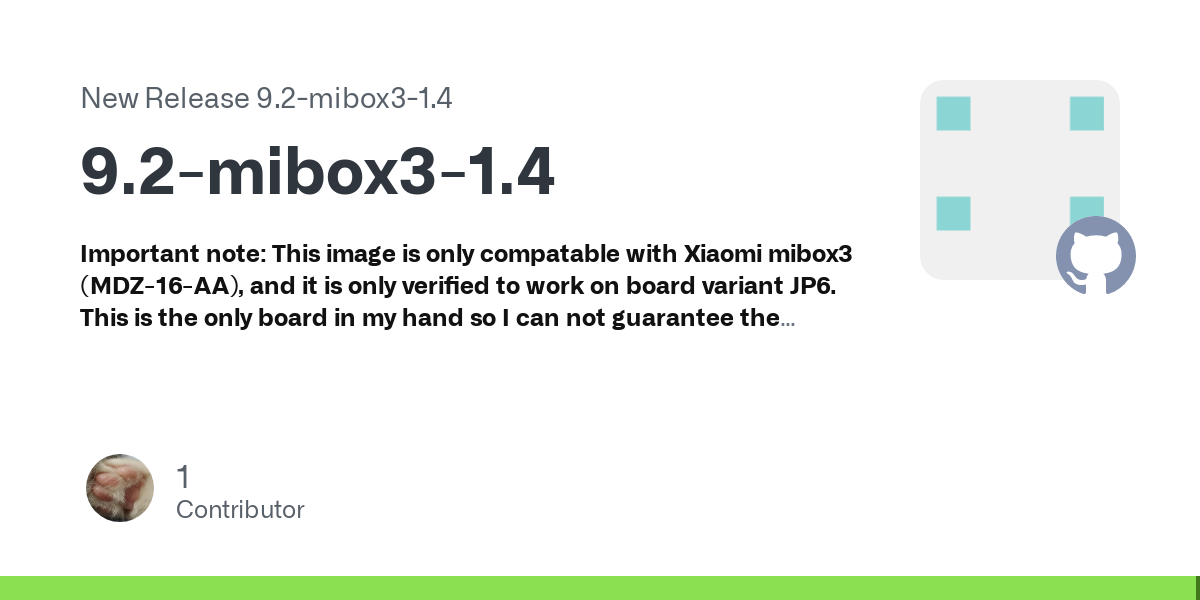 Important note: This image is only compatable with Xiaomi mibox3 (MDZ-16-AA), and it is only verified to work on board variant JP6. This is the only board in my hand so I can not guarantee the comp...

This image includes the following differences from the official 9.2.8 image:

After flashing, the data partition will be around 3.4GB, utilizing most of the box’s tiny 3.7GB emmc

The method to flash the image is the same as other official USB Burning Tool images. Except you have to choose and only choose “Normal Erase”, the choose “Erase All” in the drop-down menu. This is because our partition layout is completely different from official (even no logo partition)

Step by step, how to compile DTS with include files Installation & Booting

If you make a “protected” device boot CoreELEC please let us know.

Added note about why this is only built recently:
I came back to build this by myself after all these months because I finnally got a more powerful box for EmuELEC and decided to use my mibox3 as a dedicated CE box instead. And I found therre’s many people downloading the old pre-hybrid CE image for mibox3 according to github stats so decided to come back to share it.

Added note about known issues:
I use this image (an CE+EE dual-bootable version containing the same kernel and system image) for around 3 months as my main media box and didn’t find any major issues (not those reproducible on official 9.2.8), but there’s some known issues I can’t/don’t have the ability/knowledge to fix that does not hurt the user experience under Kodi:

It also inherits all known issues in official CE 9.2.8 as my goal about this and also my another project HybridELEC is to provide the experience as-is and don’t want to bury myself under the same amount of maintainace work a whole team handles (i.e. I can’t handle by myself)

Added note about mergable features:
These are added feature they can be easily ported to LibreELEC, CoreELEC and EmuELEC with simple git cherry-pick but I don’t have the time for it and feel it hard to decide which project to open pull request on. Cherry-pickable features include:

I tested and it works on my mibox 3c.
Thanks. You’ve done a good job