Brief history, I’m not in the game as a heavy player like most here it seems and quite to the contrary I’m mostly an old Windows power user. Basically I got tired of trying to find a space for my laptop and a HDMI cable long enough to reach the TV, trying to balance the laptop, not trip over wires, advance photo display with my bare feet and big toe, and all of this required simply to watch movies but more often view photos on a large screen. So someone in another group told me I needed a MeCool box and all my problems would be solved … (maybe not).

Long story short: After a week of a steep learning curve I was finally able to create the image on a super fast SD card, installed the card in the slot of a MeCool M8S Pro W (2G/16G), figured out the hardware file to copy and the commands to enable the less than desirable MeCool supplied remote, then struggled with the Update app to make it boot and finally got to the point I was able to do some navigating with the cheap included carpal-tunnel causing remote that is supplied with the box. The remote function also was not easy to figure out (not all functions seemed accessible), but that is not the major issue actually.

Problem is that the photos off an attached hard drive will only load super slowly, a slideshow takes way too long for the photo to change. The viewing options for photos seemed also as a “last thought ad-on” of the KODI system. But that’s not a show stopper. The super slow loading and lack of being able to control a fast and smooth slide show is.

Now I assume at least the photo slow loading issue is due to everything running on a SD card but that is just a wild first time user guess. And since only after buying the W model and getting this far as a first time hobbyist in the Android TV arena, I too late made the discovery I can’t write the firmware to the actual box. Now I appear to be stuck with something that is not meeting or going to meet my needs. I can only estimate now that these lines of devices for example will not be as fast and flexible as Irfanview on a modern Windows laptop. So I ask should I expect anything better than what I’ve seen while running off the SD card with the MeCool M8S PRO W or is there hope I can find another economical model that accepts the firmware load and from that I will see the performance greatly enhanced?

All I am really looking for is a way to watch an occasional movie on a network drive and something to provide frequent slide shows stored on a portable USB hard drive. Thanks! It would also be nice to use a bluetooth remote with whatever I end up with so I won’t have to constantly aim the beam while trying to do the slide show. My budget would be around $50 but I could spend a little more if the slide show approached the speed of what I see on my Windows laptop. Additionally I want something like CoreELEC and not something which will be poling the Internet, uploading my statics and activity to some server somewhere. I am on a cell network metered connection and don’t want all that Google or Amazon-style walkie talkie going on while on my dime.

**** Note this post prepared after getting everything configured only to discover there is some driver issue which prevents the SD card being transferred over to the internal storage of this model M8S PRO W.

I agree with you, that using Kodi for viewing photos is far from perfect.
The main problem isn’t the speed of your sd card, but the fact that Kodi tries to build thumbnails of all your photos after entering a photo folder.
This is a very CPU intense process, which is too much for these little boxes.
Your best option would be to disable thumbnail creation in Kodi settings to have a much better and more stable performance.

The problem was still evident after the thumbnails were built and seen while simply toggling the remote to the next photo. There is both the issue of how long it takes to load the next photo and a non-related one that the spring behind the > (right arrow or next key) on this MeCool takes a lot of pinching power to get this cheap remote button pressed in but you only really notice it after viewing photo #50 or so.

So what I hear is that I need to just stick to the PC with the HDMI TV cable plugged in to it if I want rapid slide control and forget about trying to do it with a small box, at least until technology improves.

Still it seems strange that my cheap BLU phone can handle all the logic of the action of a photo swipe and roll them by almost as fast as I can swipe and in contrast using LODI on CoreELEC acts as if I asked it to compile a program in the time it takes moving from photo A to B.

The photo has to be loading off the HD into the SD card in order to show on the screen if the SD card is the device’s only memory, doesn’t it?

*** Also I am interested in a relativky responsive and yet economical box that allows a firmware replacement of CoreELEC if someone can recommend one.

I’d even pay a little more to purchase a device that allows me to boot to either OS. If anyone can recommend something that is affordable, fast and allows using the device’s (assumed) faster memory to be utilized by KODI, please let me know.

Don’t blame CoreELEC for the slowness of processing photos. It is a Kodi problem.
And again, an internal NAND installation wouldn’t be noticeable faster than your sd card.

If you want something more powerful, take a look at the upcoming Odroid N2.
This is also one of the few devices, where “installtointernal” is officially supported (it isn’t on cheap Chinese boxes).

[47139478841_3a69537fde_o] The future is here! HardKernel was so kind to provide most of the Team with a Odroid N2 with Amlogic S922X SoC. Work has already started and this device looks awesome. https://forum.odroid.com/viewtopic.php?f=176&t=33781 I want to thank Justin Lee from HardKernel for this great opportunity.

Did you try the original Android firmware. May be an Android photos app will perform better. You don’t even need coreelec. You can turn off the network on Android completely if you don’t want Google looking at what you are looking.

The original firmware that comes on this box offers only one way to display photos, you click on the file explorer and you open a JPG you select from the list in the directory, then if you want to skip to the next JPG there is no remote key which moves forward - to move to the next photo you must hit the return button, page down the list of JPGs and you click OK on the next one you wish to view. Really, really not geared for photos, any one of these it seems.

Still my request stands in asking if anyone can name a well performing box that allows the internal storage to be used instead of the SD card. I have taken enough photos to know how slow the data flow via an SD card can be and that in the use of managing digital photos stored on SD cards, the SD card is a serious bottle neck and with this long-time experience, I would at least like to test what the performance of KODI will be when it is running off the device’s own memory. Is CoreELEC and KODI a SD card only solution at this stage of development or does everyone just run off the card because movie viewing seems to be acceptable?

There is no performance difference running CoreELEC from internal vs SD, thumbnails would probably load a little quicker but videos are all streamed either from the net or local network storage, so it makes no difference where you run CoreELEC from.

I think most people install to internal just to reclaim their install media.

I am looking for something that is available now if possible.

I am trying to ask about the SD card. Is the card being used only for the initial boot up or is it also being used as the processor’s paged memory because a paged memory written to the SD card would be slower than internal memory from everything I understand…

. . . because a paged memory written to the SD card would be slower than internal memory from everything I understand…

And again, an internal NAND installation wouldn’t be noticeable faster than your sd card.

I’ve just searched for “android photo viewer” and this was the first result: 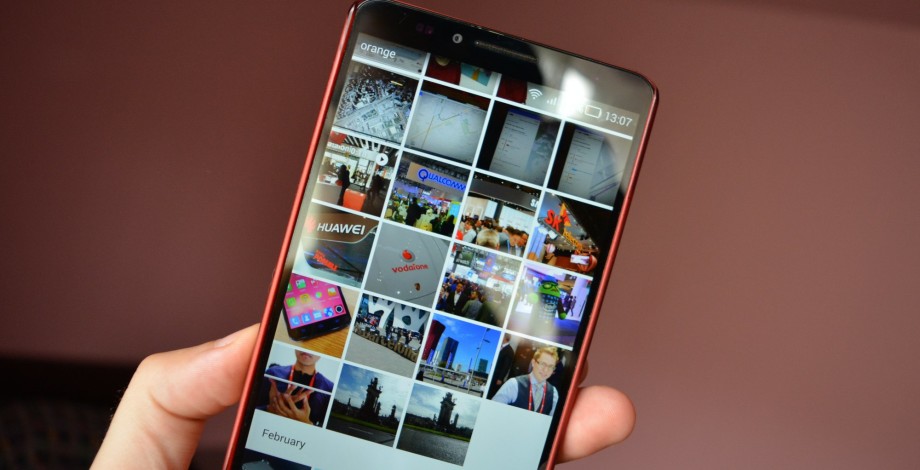 Is the stock gallery app on your device terrible and it's driving you insane? Here are the best gallery apps for Android!

I guess I wasn’t even considering an android app since the photos are on external hard drives and I typically one doesn’t associate that normal Android apps would interface with external storage that well if at all, but I will certainly give that a look - thanks.

Otherwise I may have found my answer about the storage differences in this link. This author seems to agree with me that the SD cards are slower devices than a typical internal SSD-like unit that I am assuming is built into the device. Here’s more for anyone else of equal very low Linux and hardware expertise that I have: https://www.maketecheasier.com/sd-card-vs-ssd/ .

The NAND/eMMC chips built into cheapo Android devices aren’t the same as an SSD.
But all that doesn’t matter, because I already wrote twice, the problem with viewing photos in Kodi isn’t the storage speed, but the limited horse power of AML CPUs.
Have you even considered trying my advices above (looking at “top” while viewing photos / turning off thumbnail creation)?

Sorry, I should have replied but that was the first advise that I tried - turning off the thumbnails feature. I will look at some of the other things you suggest this week. Thank you.