he hello
i have latest coreelec on a sd card it starts but i cant ssh with putty wen i put the internet adres in the browser i see al files ,if i put the internet adress with 8080 behind i got to the controll panell.
but with putty it says connextioen error i have w10 pc and set all the security off but still i cant login in with putty
i read a lot on this site but i cant get it done can someone please help me and yes i enabled samba and ssh in the corerelec settings

You could try using command prompt to ssh.
Try using ssh root@<box ip addr>. The default password should be coreelec.
If that’s not working, you can try turning ssh off and back on and reboot.

well it says could not resolve hostname

could not resolve hostname

It seems that your home network does not publish the hostnames. Find out and use the IP address, I always use this method.

Put your “remote file” on an USB stick and transfer it with (pretty potent) Kodi File Manager to correct path.

The Windows + R will show you the “RUN” box where you can type in your box IP address of box on your home network.
Hit enter and all the Directories you are looking for are visible and ready for you to copy your files to and from your PC and Box 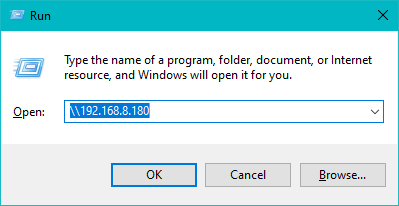 You have two options:

That’s all to allow Kodi properly changing the resolution.

now i understand i will try it thanks

You just open this whitelist setting and deselect all activated resolutions.

If you don’t enable any of those settings, Kodi will pass everything it plays directly to the TV. That will mean if you play some SD Live-TV channel (which sometimes has 720570 at 50fps) your TV will probably show 1080p instead (which will mean 19201080/50fps). So your TV does the upscaling then. If you enable 720*576/50fps at the whitelist, your TV will show 576p and there’s absolutely no upscaling and the TV shows the native resolution the Live-TV channel has. That willl also result in a 576p Kodi GUI if you hit ESC during a live-tv playback.

If you have 720576/50 disabled, but have 19201080/50 enabled and play some SD live-tv channel, Kodi will search if you have a matching resolution/fps whitelisted. As you don’t have 576p whitelisted, Kodi will check the next higher one as long as it gets something that matches (in that case 1920*1080/50) and will use that to pass it to the TV. So in that case, Kodi does the upscaling.

well i have it working the problem was
Adjust display refresh rate => On start / stop wasnt enabled i dont know if it wasnt by default or i did something stupid before
so the tv gives the correct resolutions by playing hd or 4k i just stay trying till it is perfect.
next problem is wen i start a 4k movie first 10 seconds i have the sound and then the picture starts playing strange and i think overal it is slow boot from coreelec is perfect and fast but the interface is slow loading tumbnails go very slow could it be that i am working from sd card still it is a class 10 card. so here my question that is a little bit taboo here would it be faster if i install on internal hope the devs dont shoot me for asking this and also thanks a lot guys for helping me

Yes, it will be so much faster … OK, no it´s only a fairy tale.
Dont try internal install to fix some problems.
First step -> a clean and working installation on fast SD card.