I really like the Odroid N2, didn’t expect to use if for audio but it handles High Res flac, even multi channel really well.

I have since put it in the bedroom, and was wondering if there was a cheaper device that runs coreelec that has the same audio capabilities (multi chanel PCM).

This would be primarily for audio so not sure I need the 922 SOC. I keep reading about cheap $40-50 S905 or 912 boxes. But once you start adding power supplies, cases, etc, Its not so cheap. 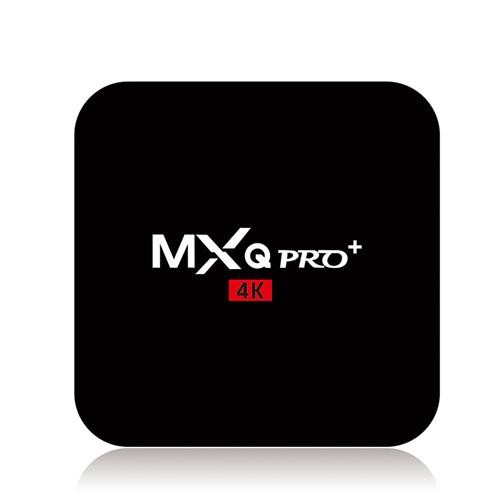 40$ and it works great for the past year with Coreelec.

40$ and it works great for the past year with Coreelec

Thanks man that’s great. Any idea how it does with multi channel pcm? Can it send bit perfect flac over hdmi? And did you just install CoreELEC on an sdcard?

Why would you recommend anyone to buy an ancient box with a processor 3 generations old?

@lightsout Any device capable of running CoreELEC will do the job for playing audio.
I’d go for a newer device. A S905X at the very least, and a S905X2 would be an even better option.
You can find them for around the same price as the above box.

Ok thanks, there is a million of them, hard to know which have unlocked bootloaders, etc. Hence why I asked here. I will continue to look around, I am not really looking to buy at the moment so not a huge deal.

EDIT## Is there an easy way to identify the ability to install coreelec?

You can ask here when you find something appealing, someone will tell. It has to be Amlogic, of course and I don’t think you’ll find a suitable candidate with locked bootloader at a decent price.

I don’t think you’ll find a suitable candidate with locked bootloader at a decent price.

I am sorry I don’t understand this statement. Did you mean to say “locked” or “unlocked” bootloader? I am assuming I want something with an unlocked bootloader, correct?

What I meant is that normally devices with locked bootloader are premium ones and even if they worked with CoreELEC (which they don’t) they wouldn’t be cheap. Take the example of the mibox, the specs aren’t that great but it’s certified so it’s not as cheap as other devices with same specs.

Ok I thought that but wasn’t sure. So the cheap boxes don’t care. When I go to buy I will be sure to ask around. Would hate to get something that was locked down on accident.

I’m after some recommendations, cheap, cheerful and works with CoreELEC with the onboard wifi too, I got a TX3 Mini(2g/16g) and now find the wifi isn’t supported which was a surprise being the ones who posted about issues was a different model wifi chip to mine, though google finds nothing.

I had looked at an x96 Mini(2g/16g), but several varying prices and generally from China, rather buy from seller in the UK in case problems with the device, I had ordered one, but then the delivery seemed to be different and way over a month which i wouldn’t agree to, waiting to get refund as it’s obviously not coming from UK and tried to say they’re currently on holiday as a reason for delay.

I am only looking cheap as this is for a bit of learning, originally planned to use so could access Emby on my TV, but bought a firestick 4k, but then never used it as TV was faulty, so replaced with a TV that supports Emby natively.

Cheapest option would be a USB 2.4G wifi dongle.

I am using the X96 Air 4/32GB and so far am very happy with it. True it is running a bit hot, which can be addressed by a bit of DYI (drilling holes or even installing a fan - I just did the former).

I recently also came across the H96 Max X3, which is in the same price range as the X96. Looking at the forum here, it looks like CE works on it as well (though I dont own one yet, thus cannot not confirm).

Both devices are X3, thus currently only run using nightlies - again no issue for my X96.

In terms of price, both are in the 30-50 EUR range depending on which store you order from - Gearbest and Banggood sell at the upper end of the range but offer EU Direct Line shipping, which avoids additional custom/VAT charges upon import into the EU - AliExpress may be cheaper but you run the risk of getting charged duties upon import.

ordering from either of them, wouldn’t help my concern of returning if there’s a problem as i’d then likely have to pay to return back to china?

Financially you would be much better off keeping it and adding a dongle.

Maybe you had best state your priorities including what kind of price you expect to pay and what functions you expect to get for that price.

Lower priced devices will always have good reasons for their low price!

more for learning than anything as i now have a TV that can support emby and kodi which were main reasons for it, which is why i don’t want to pay much if i can help it and using a dongle, unless a small one(not sure on support/drivers) it would be a bit more impractical for space

You have no guarantee what wifi, bluetooth or other peripheral device chipsets sre used in any of the cheaper devices.
Even if you buy another it too might have an unsupported wifi chip, and there is no way to find out from the cheap device sellers.

So yes, a cheap wifi dongle is your best bet, if everything else you need is supported.
I tried a Mediatek mt7601u wifi device in a CE box yesterday and it worked fine.

@V4mpire - I have only ever returned one item I bought with a Chinese e-tailer. That was with DX due to the wrong item they had shipped. Return address was in the UK and I had to pay for the postage, though was refunded later. In general, I work under the assumption that stuff ordered in China is “one-way” - if an item breaks, I have to bear the loss. Return postage is expensive and often exceeds the value of the item. Not sure whether Banggood or Gearbest have return addresses in Europe or not.