from the bottom, insert something thin (such as a guitar wedge) between the sole and the vertical side of the case. with patience and finesse.

This thread is about X96 Air, not Max. Probably similar though. There are two screws under the back rubber pads. Make sure you remove those, along with the obvious screws, and it should be easy to open.

BlockquoteThis thread is about X96 Air, not Max

No it is not, its about thermal mods in general.

Hello
I have one of the first Beelink GT King revisions with aluminum heat sink that has couple of tiny ribs (In newer revisions it is just a flat plate and I don’t even know if it’s aluminum or steel - so the older revision is much better here).
The device heats up to ~68°C (or even 78°C when in the room is warmer than usual).
I removed the thin metal shielding with a strange sponge thermopad from the CPU and RAM.
Marks of thermal grease say that the shielding cover adhered only partially, say in 70% or even less.
I replaced it with a copper plate (dimensions 25x25x1.5), which I previously polished to a high gloss.
I applied a thin layer of good thermal grease on both sides of the copper plate.
The temperatures dropped to ~51°C (usually) and never exceed 57°C… no matter what i’m watching/doing.
So we can say that I lowered temperature by around 15-20°C (sic!)

Quite powerful Amlogic S922X never starts throttling… it should also be mentioned that the housing still has no ventilation holes. It turns out that temperatures can be lowered quite well without cutting / drilling the housing or using fans!
I am very happy with the results and I hope that it will improve reliability.

EDIT: I use “performance” governor. When CoreELEC idling and do nothing temps are 42-45°C.

Sorry for my weak english

What are the best type of heat sinks for Amlogic chips? Is it also worth putting heat sinks on Ram and emmc?

You’re going to have to be more specific if you want a useful answer. Since there are just to many variables left undefined in your question, since every amlogic based device will have different requirements based on which chip is used, how the board is designed, power delivery, case design, etc…

I’ve recently used these QUALITY heat sinks from the UK.
Friend of mine dropped them off from AU supplier. 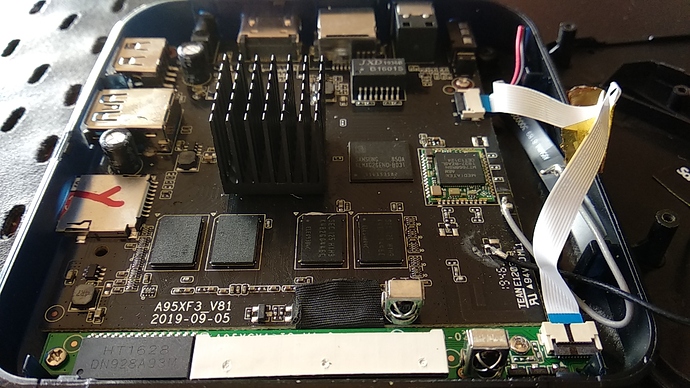 Over 6 hours using TVH Client Full HD Playback.
A 40mm hole over heat sink to allow fins to protrude.
Peppered some holes into base of the case as well. 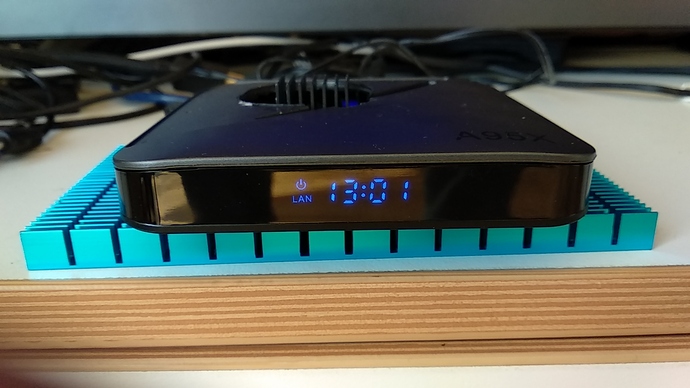 I would like to know where heat pads can be sourced at a fair price as they seem very expensive especially the thicker ones.

What thickness copper shims have people used? I’m sure the thicker the better but I could be wrong! I’m going to use thermal glue on the shim and them once set I’ll be gluing a heat sink on top, will this work?

I just bought two packs of five as they are a silly price!

I finally got around to modding my X96 Air which was getting waay too hot and throttling.
As I posted (elsewhere?) I turned the box upside down, so the existing heatplate was on top, and removed the part of the case with the label … about 1.5" square hole. This helped a little.
Today I found some heatsinks … one a suitable 1.5" square and this had been removed from an old motherboard so had spring retention clips attached.
I removed the old ‘plate’ and not having any new heat pads or thermal glue, I sliced the existing heat pad in two to halve its thickness.
I put the new heatsink into the square hole of the case, from the board side, so that the retention springs were pressing against the case. Placed the reduce size heatpad on the cpu.
Then assembled the case … this necessitated some manual pressure against the retention springs, but the case clips held firm.
So that resulted in the heatsink being firmly pressed against the CPU heatpad for best thermal transfer.
The top 0.5" of the heatsink fins protrude through the case.
I have run a test now and here are results from playing a UHD (H.265) file over the LAN via NFS, but played into a 1080 monitor which necessitates the video res to be changed …

With better heatpads and maybe some ventilation holes in the case this temperature could be reduced.
So far I do not think it is worth any further mod effort. That temperature is probably worst case for my use. 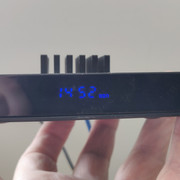 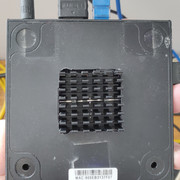 Thats fairly good, mine peaks out at about 51C with a lazy fan and improved heatsink so really you are doing as well as me for less effort.

Yes, I am fairly pleased with the temps … particularly considering the ambient at the time was 24C.

Whenever I get to take it apart next I will drill some air vent holes in top and bottom to prevent build up of hot air.

On my Mecool KM8 (S905X), besides fitting a larger passive cooler, I just enlarged existing holes on the bottom, and lifted it slightly by different placement of round rubber feet: 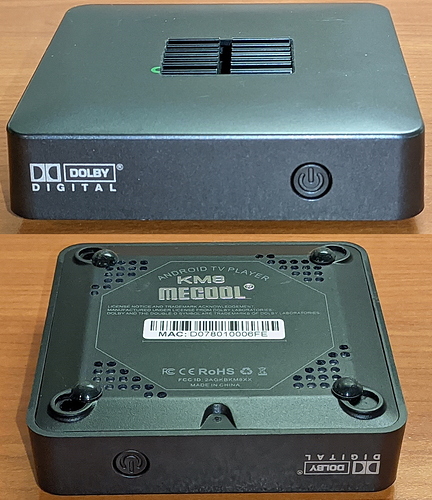 Temperature stays between 50-58°C, depending on played material…

I have considered a usb powered fan to just sit my X96 Max+ on. Found one on ebay for £4.

I hate fans, and try to do anything to avoid them…

A USB fan is likely to be a poor choice since its a fan designed to run at 5v and so is running full speed. A 12v run off a USB is running at the edge of stalling so is very quiet.

I won’t bother with a fan or any cooling. It goes up to 74, it works ok at that.