Hi,
I haven’t tested extensively, so test on your own, but so far
coreelec-ng seems to work on

provided a newer firmware from a different manufacturer is flashed. The latest is and probably the last firmware for this deice is "113MO ", but because of some old bootloader ,ng builds cannot be installed in internal memory. Installing a firmware that was for android 7 fixes this.
I have followed instructions from this post,
flashed the suggested firmware and it seems to work, (wifi and bluetooth as well).

If anyone wants me to try any specific functionof this box, pls ask. I don’t have an ir remote.

Mecool KM8 (s905x) video freezes after a few seconds, I think there is some problem with the audio drivers. When audio passthrough is enabled it works normally. I tried all the output options of PCM, analog, HDMI and it’s the same. The settings are identical to 9.2.6. Any idea what it might be

Same here, did you happen to have found a fix or workaround? mp4 doesn’t play (don’t have much of that anyway) but AAC is a bigger issue for me. Wish I had waited before upgrading, I can already hear my wife saying “I told you so: if it works …”.

I think I found a solution. After I changed the number of audio channels to 2 audio output on the hdmi now works. For some reason on the 3.14 kernel multiple channels worked without problems 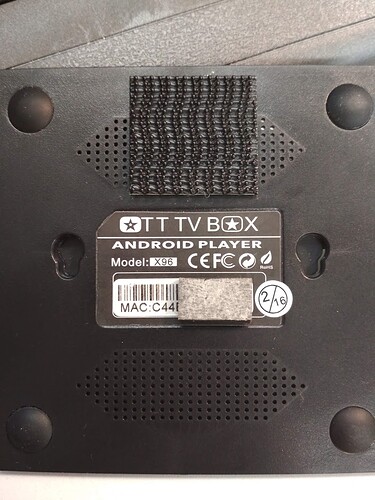 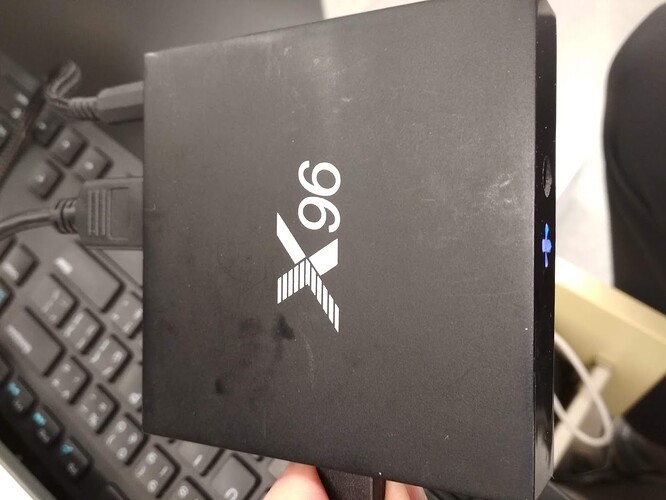 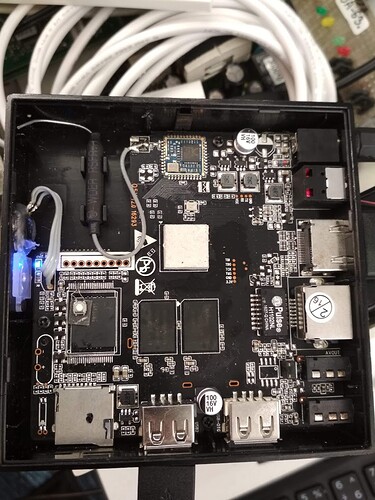 Device was old X96 2GB 16G S905X wechip brand.
booting CE-NG from SD card without any problem but can not possible install to internal by ceemmc tool.
ssh comm and show

Install in single boot mode not possible!
No DT partition was found

I thing problem was about kernel? 4.19 or version android.
generic android in tvbox was about android 6 version (marshmallow or lolipop) cant remeber
a try update to android version 7 and more.

flash this rom into box - i made i little hack by short pins to NAND to easy connect Amlogic USB burning tool. see photo 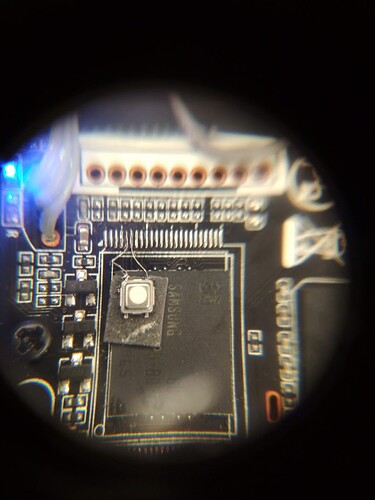 hack794×1058 89.9 KB
(i tried many others images and mostly work as android tvbox but atvXperience_v4_S905X
is able boot from sdcard easyway and work ceemmc tool from NG built)

android boot up and work over wifi
so i reboot CE-ng from SD card wihout problem
repeat operation over CEEMMC -X tool and install coreelec into internal flash.–worked for me
and finaly i install BL301 Wake-Up feature [inject_bl301]… not tested but its show in menu.

EDIT: one of two usb port does not work… working usb port tested with USB flash, keyboard, wifi_dongle
i ussualy use only ir remote and ir arduino_micro as IR keyboard or only keyboard KP.

EDIT2 thx to Frakkin64 post
Copy this script to: /storage/.config/autostart.sh (Or add the contents if you already have a autostart.sh) autostart.sh (123 Bytes) This script will set the USB controller type to “3”. (0:normal, 1:host, 2:device, 3:otg) After implement the script two reboots are needed to become active at all. If CE get updated a additional reboot after the update is needed.
USB is back

Any issues with the USB ports? Some S905X boxes have issues with one or both usb ports in Matrix, best case they can have power if not unusable for RF keyboards or usb to ethernet adapters.

Any issues with the USB ports? Some S905X boxes have issues with one or both usb ports in Matrix, best case they can have power if not unusable for RF keyboards or usb to ethernet adapters.

This solved it for me on an S905D, one port is configured for host mode and you have to switch it to OTG.

Copy this script to: /storage/.config/autostart.sh (Or add the contents if you already have a autostart.sh) autostart.sh (123 Bytes) This script will set the USB controller type to “3”. (0:normal, 1:host, 2:device, 3:otg) After implement the script two reboots are needed to become active at all. If CE get updated a additional reboot after the update is needed.

May work on your device as well.

Ok, if a moderator can pin this box Bqeel M9C Max [S905X/2G/16G] as working box with -ng builds (workaround with an script for enabling both usb ports in autostart.sh after an bootloader upgrade) maybe someone who also has it could be brave and try Matrix. Was my daily driver with Matrix installed on internal memory until my brand new Odroid C4 arrived and I had to retired it.

Hi, I’ve a problem with the Mecool K1 Pro. The box working fine with the CoreELEC 19.1-Matrix_rc2 image, but I can’t activate the original remote.
“echo “meson-ir * mecool” > /storage/.config/rc_maps.cfg” doesn’t work. What can I do?

The system looks for a file named “mecool” in /storage/.config/rc_keymaps/ that stores the key maps.
I used the one from CE 9.2.6

Hi all, I’m happy to report successful installs of CoreELEC 19.1-Matrix_rc2 over legacy CoreELEC 9.2.7 on my two S905X boxes with 1/8 GB, an X96 and a Trongle X4. I first flashed Aidan’s Android TV rom v7.5 to upgrade the bootloaders.

They’re running great, noticeably smoother than before. The USB ports work fine on both.

Thank you for your work guys, it is very much appreciated.

I’m having problems with some HEVC encodes.

The symptoms are always the same: no sound, then stuttering of the video, then freezing of the video - all happens after only a few seconds from the start.

A sample would go a long way

Here are three short samples that trigger the bug zipped together

Thanks for testing them. Good to know that it seems solvable. I wonder what the difference is for me?

What ROM did you use to install the later Android version?

My KM8 runs on original Rom the box came with; it’s Android 7.1 version and I never upgraded it to newer versions because they had all locked Bootloader.