I found a .img that works, but now I have an error about temperature and I cannot find a range that will let finish the update. It stucks at 97%. Any idea ?

I have an error about temperature and I cannot find a range that will let finish the update. It stucks at 97%. Any idea ?

Could this be fixed by a nightly in the future ?

@Pelican if I have V311R_P version of X96 Max, I should install this version of Android and it should solve Ethernet issues?
Currently the physical link is active, but DHCP cannot take an IP. Manually set IP and still not working, ping is not coming there.

if I have V311R_P version of X96 Max, I should install this version of Android and it should solve Ethernet issues?

Yes it will solve it.

I updated to the version you mentioned but no success. Gigabit works on Android but not on CoreElec.
I used the same microds with the old coreelec. Maybe I should write another card with new img ? 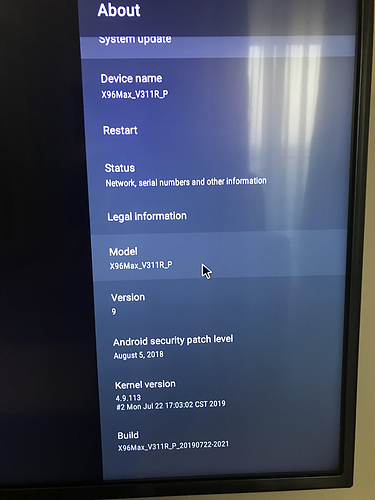 PS: I opened the box. It appears that is a new revision becaus is not similar with what I found on internet. 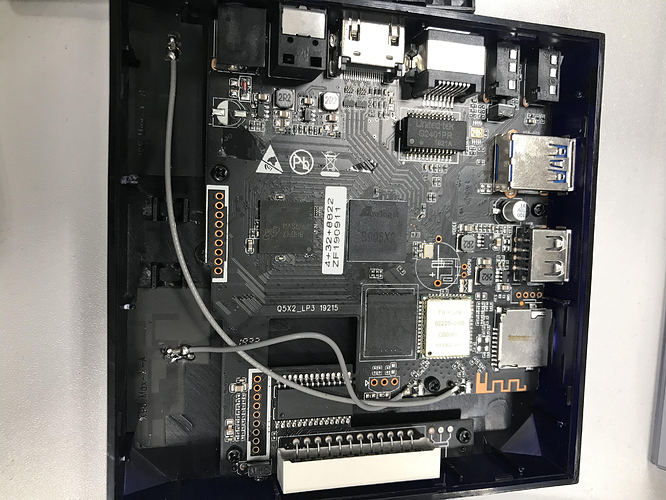 Still no success. Any idea ?

You can test this custom-rom

So, everybody that has this X96 MAX with new revision PCB has this problem ? Or am I the only one ?

I guess I am the only one :(. is there any possibility this could be fixed , I don;t know…maybe in another android update in the future ? or the problem is in the CoreElec ?

Pinzarufilip you are not alone, I have the same box X96Max 4/32 with Android 9.0 firmware V311R_P_20190926-1519, I got the same problem – gigabit LAN doesn’t work under CoreElec 9.2.0 latest nightly build. Its 5Ghz WiFi is good enough for me, I didn’t bother to test its wired LAN speed until I saw this post. I believe it’s a software problem which can be solved later, we just have to wait a while.

Then ping is working and hope streaming movies as well (i am not at home right now)
We must wait until someone fix the issue inside the driver:
CoreELEC:~ # ethtool -i eth0
driver: st_gmac
version: Jan_2016

We added a patch that should fix 1Gbit Ethernet issues, try the latest nightly.

Tested now, still not working :(. Exactly the same issue. Internet icon appears but it’s not working at all.

Streaming from my home dlna server is okay with this workaround :

@TheCoolest , any other updates regarding 1Gbit ethernet issue ? OR should I install the latest android version and then remake a SD with CoreElec and see if it works?

No news, we’ve done what we could.