My issue it’s a non-issue, many people would say. I bought a beautiful metal case from KKSB for my C4, the fan its too noisy even for me (wife factor already downvoted this option) so as a workaround I remove the fan and went fanless. Cannot complain, ondemand settings give me between 48-51 C.
The fan is powered at 5V.
I see a hardware solution buying a fan powered at 3.3V (care to recommend a silent one if you have one in use).
Is there a way to throttle the fan speed (script from autostart.sh) so I can still use the fan from KKSB case? When I used that option the 30 C temp was interesting (now its ok with ambiental temp but in summer I have inside 27-30 C).

You can also try to add an appropriate resistor in series with +line to the fan to reduce the voltage to about 3V, which will slow down the fan and significantly reduce noise.
If you can read at what amps or watts the fan is designed for, I can give you the exact resistor value needed to try this solution.

Thanks for the advice! I’m not too tech savvy, could a cooling fan like this solve easier the problem Fan?

NO! If you want to get a quiet fan then this will not solve your noise problem.

Since you are not tech savvy, then the way to go is to buy a fan with exactly the same dimensions, but a 12V version, and connect it to your 5V terminal. This way you’ll get the same effect as connecting a resistor to your present fan - lower RPM and lower noise.
I use such 12V fans on several of my 5V devices for a very long time without any drawback…

Garcea. Those Pico fans are a pain, used them industrially on a few installations over the years and I know they are noisy little sods, brand doesn’t seem to mean much and I went a different direction and
discovered Acousti Products anti vibration range of mounts and they are superb, not quite sure which mount you will need probably the fan mounts or the Silicone Washers

@Sholander European form factor for a 30x30mm fan is 10mm depth and as KKSB are Swedish I don’t think that’s the right size.

Guys, is it safe to use a 12V fan powered with only 5V? No issue with the polarity? Forgive me if I say something stupid

12V fan could have problem starting with 5V only.

Looks good but I need another brand on Europe, amazon.de or amazon.it

Would be easier to track a decent one down if I knew the size of the fan that’s in the case and the connection type as really helpfully the size isn’t anywhere on the KKSB site nor anywhere else I can find.

Honestly order up a pack of those silicon washers for between the case and the fan. The noise will drop dramatically for less than 3 Euros, what have you got to lose? 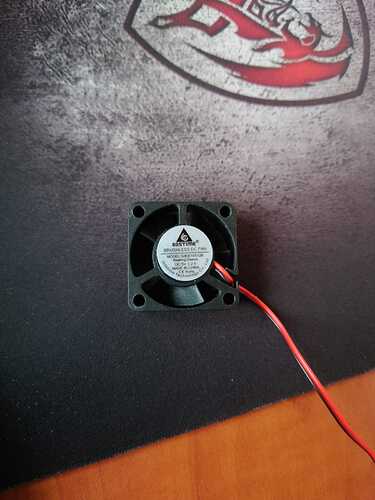 Looks good but I need another brand on Europe, amazon.de

12V fan could have problem starting with 5V only.

Did not find any (more than 10 I used on my 2 Rpi, S912, 3 on S905W/X boxes and on ZXY6005S regulated power supply) among the cheapest Chinese models, but yes there could be some that will not start…

is it safe to use a 12V fan powered with only 5V? No issue with the polarity?

Yes, it’s safe and all these fans have red wire for plus (+) 5V for safe connection, but nothing will happen if connected the wrong way; some will not start at all, and some will reverse rotation…

Ok, I will try your way. I ordered an Sunon 12V 30x30x10mm 8000 RPM fan (lucky me, was available on a local seller). If its not working I will order another one from amazon.de

I will get back with feedback when I will get the stuff.

@Garcea Apologies for the amazon uk link, I thought I was in amazon.de Cant track those washers down on Amazon but Ebay.de has them here

It should work on 5V since it states in Specifications: Operating voltage - 4.5…13.8V

Just for my info: how you can categorize the throttled fans (12V at 5V) ? Whisper type, deadly silent or decent noise?

Whisper type, I’d say… I cannot hear them in a closed box.

Ok, these are the conclusions running at 23C ambiental temp with fans:

Obviously, I should take the 3.3V throttled fans (5V at 3.3V) path, but I stumbled on another issue: the fans powered with 5V after poweroff are ceasing to spin, but the fan powered at 3.3V keeps spinning. The only solution I have until now is to cut the power completely for the box, but its against my laziness.

So, @vpeter, @Portisch is there another way to stop the spinning of fan powered at 3.3V after powerdown?