I will use the first pcb file give it a shot 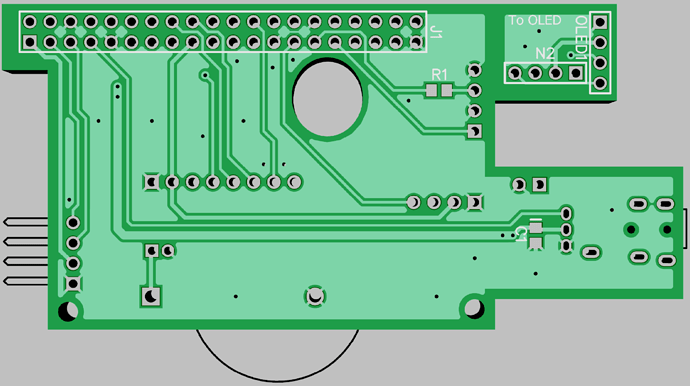 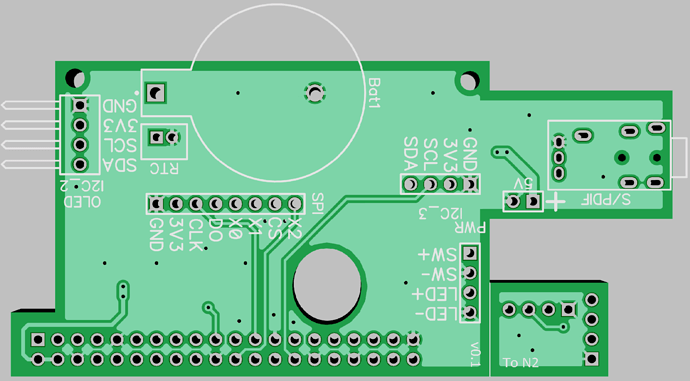 It’s perfect. I’ll give it a shot

Cool. Only now I think that the spi header will not be usable. If it’s not important then it should be good.

I’ll play with it more tomorrow or this weekend.
I finally imported the N2 layout, so I can finally do a layout and see exactly where the problematic areas are.

I have sent the first pcb file to make several pieces and will receive it two days later, I’ll wait for the final PCB version and make again once you confirmed no problem. 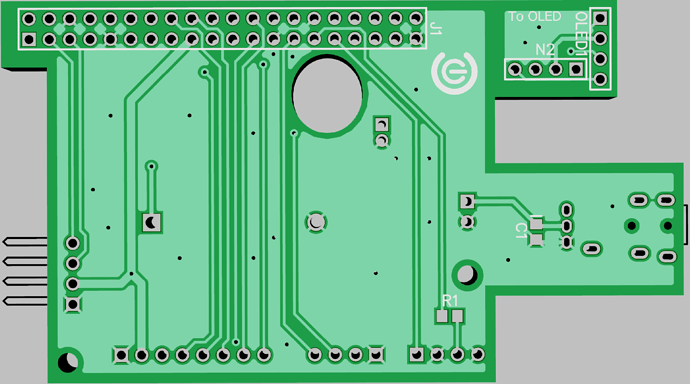 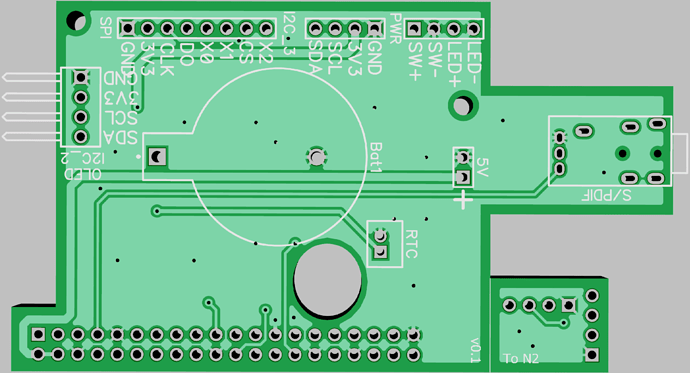 Thats a pretty nice board for it.
Nice those breakouts there, I might give it a try.

Great, I’ll try it next week

I ordered 10 of this boards, I only need two. So in case someone in Europe is interested I can ship it for around the amount of the shipping costs.

It would be a waste having them lying around…

In case drop me a PM.

Update: I even have battery holders remaining in case someone would need them as well.

Which version of the board you have?

Yeah wich version, cos I am in Europe also.
If its the last one I am interested.

The latest from yesterday! Just send me a PM.

The one from yesterday is pretty much the final version for now.

This is new PCB with power botton 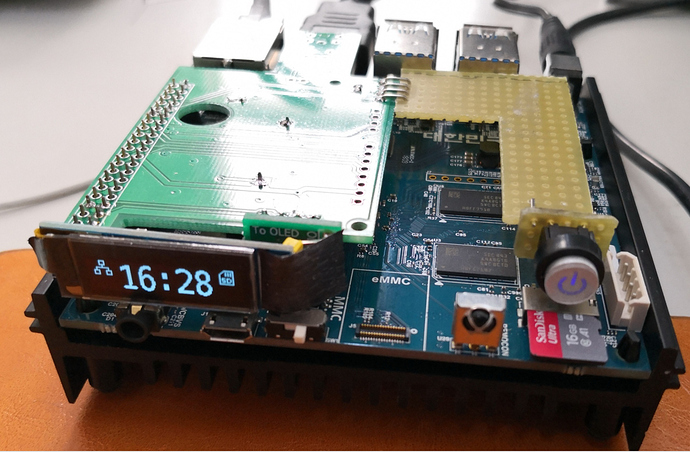 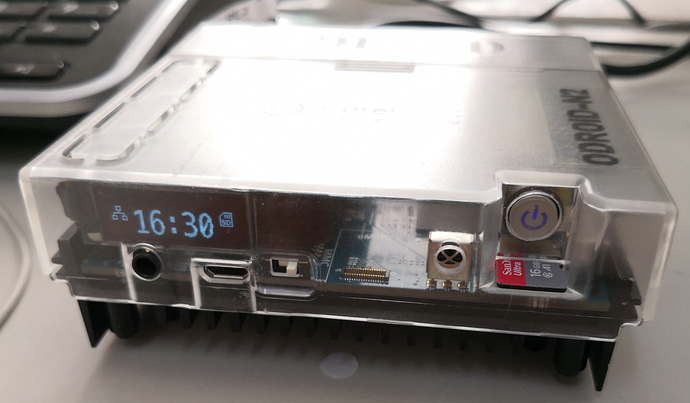 That’s looking great!
Could you please post a pic from the back side of the PCB, and maybe one of the rear of the box when the PCB is mounted?
May I ask why you moved the OLED more to the left? Just to put it closer to the edge or was there something in the way preventing it from being mounted?

I moved the oled to the left, just personal preference nothing else.

the pic from back side

Awesome, thanks!
This looks great. And I’ll be making a version of this board to also integrate the power button, similar to the OLED, with a small daughter board. It will also have a cut out for the fan header.