Have anyone been able to use retroplayer on S912?
I have black screen in emulators. Moreover, I’m able to see some parts of an image, when I play with scaling settings. When moving selection over different scaling schemes part of an image is drawn over menu.
Strangely 2048 is correctly displayed, but I;m able only to pause-unpause.
Logs are OK.
Is that CoreELEC/Kodi/RetroPlayer issue?
Emulators are from CoreELEC repo.

The most interesting, when I’ve made screenshot, I’ve got full image. 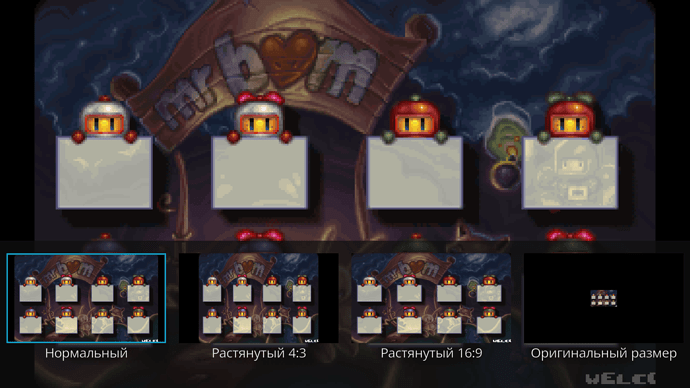 Hmm… I didn’t even notice this is already possible with the current CoreElec builds. I thought one would need a dedicated LE alpha test build to play retro games via retroplayer.
How does it work? Just install some retroplayer addon, install emulator addons and get a gamepad to work?

Edit: Kk, found it: either via Konami Code to get the “games” menu on homescreen or via den Internet Archive ROM Launcher Addon.
Nice, gotta try it out this afternoon

I can’t get the genesis one working but the snes one is working good. not really tried any others.

you can also add your existing rom folder as a source and load the rom from that save using iarl add-on.

Would you guys be interested a full fledged Retroarch (which is what retro-player uses on the background) add-on included in CE?

What would be the difference to the user?

Basically a direct way to run emulators and manage your ROMS, its also faster (or I feel it is) and more up to date.

I was looking at reinstalling this as RetroArch seems a bit flakey anyway and I love playing the old games?

Cool, yeah Id give it a try, if you want someone to text anything I’ve got a spare 905 box here.

With an emulator for psp? That would be something - because currently in Kodi there is no emulator for it.
I’m looking forward

That would be awesome!

I miss an n64 emulator, is that possible to include? Or don’t they run well on S9xx boxes?

RetroArch has a n64 emulator so it should be possible

Posted something on the argument in the How To section, as request for support on retrogaming with Leia:

Guys, can any one help me out understanding how to manage libretro in Leia? Afaik libretro should have been included in leia, but even starting from scratch on various LE and CE releases, I can’t get it working. I suppose that due to this integration IARL could work basically out of the box but that’s not the case. Does anyone have an HOWTO step by step for noobies like me? Thanks😀

I really have a mess in my head with retroplayer and libretro… The latter should the libs that have been added into Leia, but I’m not able to run any game through IARL as I’m missing how to configure my odroid C2 in order to make it work.
So… yeah, an addon which simply works out of the box would be highly appreciated!

Looks like that got moved to the Help and Support section (probably because the How To section is for tutorials, not questions)

@K4yl0rd Have you enabled game mode in Kodi?

Yes PSP emulator could be included, but not as part o Retroarch but as standalone, but keep in mind with the S9XX is a hit or miss on what games run well.