Yes, I know, I am only asking you if the behavior it’s ok to discard if the driver fails or not.

Thank you. I got the remote working now following the instructions.

Noticed one more issue with the t95q.

I prefer disabling the hdmi cec. So I disabled it. When I turn the device on. Nothing happens. Only if I go into my avr and select the input then coreelec starts booting. Also the led around the device is always on.

This is a bootloader issue with chinese TV boxes and not a CoreELEC issue, SBC’s do not have this issue.

The RGB LED controller chip is not supported in CoreELEC, not much we can do about it really.

I use the X96 Max 2G everything works well but the wifi is not working yet.
X96 max 4G is Lan and wifi all work well

By the way, about led driver. Here driver for 7 segments led display 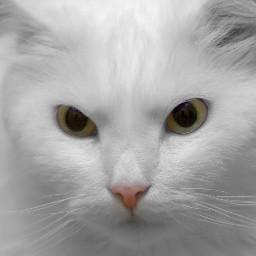 This is for the VFD display which we already have OpenVFD for which is far superior than the anpaza driver.

@TheCoolest was referring to the fact that there is no driver for the ring LED at the top of the device.

Hi,
Well done it is working well enough for me to use on my main setup.
One of the things I liked about coreelec was the ability to restart to emc from the shutdown menu.
Is there plans to implement this feature.
Thanks

Do you know if there is a way to install this? I want to disable the led completely.

It is still unclear if it will be possible for -ng Generic images.

A doubt, “installtointernal” will be implemented in this build?

it need to add into kernel source, write to config and build zImage…

Ouch! But it’s for some technical reason or because you don’t want to add this command?

You can implement it and don’t give support to related problems, like you did in other builds

No developer will want to develop or implement something that can easily brick your box, so don’t ask for it.
With boxes on old kernel it was a different story…

I have the t95q which I connected to a Gigabit powerline ethernet adapter. Is there a way to test if the Ethernet on the device is working as a Gigabit or constrained to 100Mbps?

SSH into your box and type:-

One more question. I have all audio to be passed through to my avr. But when I play audio with dolby truehd, my receiver just displays dolby digital. If I play something with DTS HD, it displays DTS HD MA. Does dolby true hd passthrough work on this build?