I haven’t been able to find it in archive, could you share it ?

Sure. Sorry for late answer, I must have missed notification, been busy a lot. I only have upgrade file, don’t have new install image.
https://drive.google.com/file/d/1BIO4e1M_0-XbUoR4vTghzZStlD1Xmqo4/view?usp=sharing
I have it installed into internal memory. The way I do it with Ugoos AM6 on encrypted firmware is first installing official Ugoos dual boot firmware, reboot into CE. Ugoos put CE 9.2.2 version. Then I update it from this file by simply putting it into .update folder. It works for updating from CE 9.2.2, and also from CE9.2.7 if it automatically updates to latest CE 9. Of course, the same as CE devs, I also don’t recommend installing to internal memory unless you’re absolutely certain of what you’re doing and aware of the risks associated. Injecting bl301 will not work on Ugoos encrypted versions of firmware (from 0.3.7 upwards if I remember correctly).
For recommended way of installing to micro SD card, I would first install latest single boot Ugoos Android firmware (because if you install dual boot it will default to booting coreelec from internal memory every time and would only boot from SD card if you press recovery button), and put latest CE 9.2.7 new install coreelec img to SD card. Then i would boot to SD card by using recovery button. and then would upgrade to provided CE19 beta nightly. Make sure you reject and turn off updates otherwise it would autoupdate to latest CE19.2 stable/nightly.
Please let me know if you need any assistance.
Also if you do it via SD card, don’t forget to download remote config files for Ugoos AM6 Plus remote from repository. Put it into root of prepared SD card or later place it into .config folder of CE and reboot.
I may as well attach it here too:
https://drive.google.com/file/d/1XTNN3Q3io72AiNSzbiTBuD5QlzGsuM4y/view?usp=sharing
If you use dualboot from Ugoos the file is already present and you don’t need to do anything in order to use ugoos remote controller.

Thank you for the files and explanation. A few weeks ago, when they released v0.4.1, I tried flashing the official dual boot firmware and almost lost control of the device for good. So I’ll test this soon on a SD card.

I confirm that CEC works with this version (Amplifier volume control and TV + Amplifier power off with DENON AVR-X2400H and PANASONIC TX-65EZ950E).

Is there a chance that CE devs would look into this now that we have a (second) proof that it works with CoreELEC-Amlogic-ng.arm-19.0-Matrix_nightly_20210113 and not with the most recent version ?

You only can enable Kodi debug logging and libCEC component to make a CEC log.
Also post your libCEC config.

Bad CEC combination is:
TV + AVR + CE box, avoid it and connect the CE box directly to TV
Panasonic TV: the brand is known to have a limited (faulty) CEC implementation 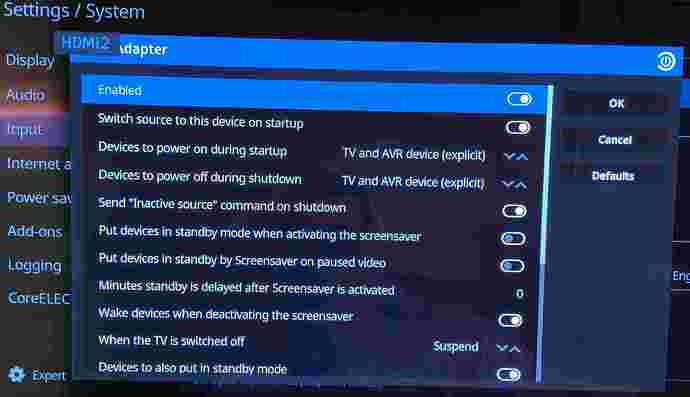 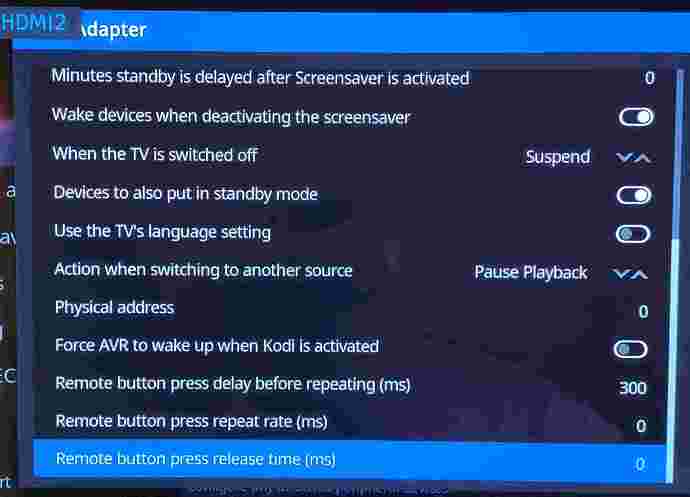