Which SD card is better, higher read or write in 4K benchmark?

I have two SD cards:

Is Samsung better for CoreElec in a normal use?

From what I understand, SD cards are most often the bottleneck due to read/write speed. I read that wrxstasy recommended the Samsung Evo Select that is a Amazon only product, but I bought a similiar Samsung SD card without the “Select”, on paper it should have the same specs.

So, I would go for the Samsung Evo Plus if I needed to choose from these two, but I think you should consider another oppinion as well

What is this 4K benchmark?
Unless you’re playing 4K content from the SD card itself, it doesn’t matter what card you use for CE from a functionality perspective.
In reality, both of those cards will be slow for CE.

In reality the speed of Kingston is very well, so really don’t understand what you mean.

So what would you recommend?

It depends on what you do with CE.
But the slower the card, the slower overall performance and response times you will have.
Things like thumbnails for channels/movies/series will load slower, and any other storage related operations will be slower with slow SD cards.
Now that I see what you meant by 4K benchmark, I think I’d go with the faster Samsung card.
Even though it has slower write speeds, I think that read speeds are more important, because you read data from storage a lot more often than you write data.

thx, I was thinking the same

But is there any solution to make it faster on MeCool KIII with the full support here?

so could you please propose the best solution, the fastest with the full support here?
thx

Use a fast SD card.

i know that, so which one do you recommend

I got a few of these, and they seem to work well.
I’m sure you can find faster ones, but these cards were pretty cheap and do the job.
Sandisk 16GB Ultra Micro SD SDHC Card UHS-I Class10 A1 98MB/s

these both I mentioned above are almost identical, maybe even better

Hello.Bit help please.I have a Vorke Z6 running coreelec from this microSD card.I see other Vorke Z6 users not having single playback issues.But I have some.When playing 720p Netflix,about 20secs I have some frame lags.Maybe is caused from my microSD?Is there any case not to be suitable,despite is class10?Any solution or other microSD suggestion please? 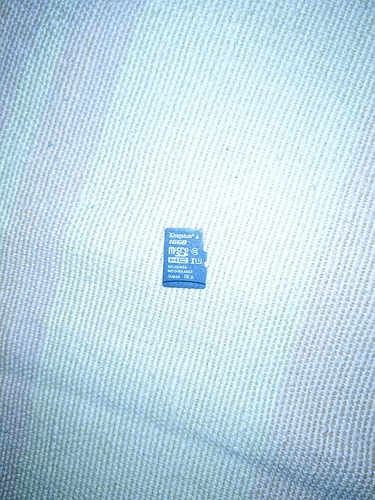 I am surprised that there is a microSD card with 98 MB/s, I always thought that the maximum speed of the microSD interface in the TV Box was only 10 MB/s, and in USB 2.0 of 35 MB/s. From my point of view, to begin with, a class 10 microSD is fine, but later it is convenient to go to CoreELEC internal installation and put an external hard disk or SSD for large capacity storage.

I used this in my tv-headend box and can easily record from both tuners at the same time three recordings and playback at the same time. They are U3 not U1 as the link states. The smaller capacities tend to be U1 not U3.

Get a great deal on a Transcend 128GB UHS-I U1 Micro SD Card as well as thousands of products at Ebuyer!

I have used a dozen of the Kingston ones but the U3 Transends seem quicker. I have had a couple of the kingstons go corrupt but re-flashing fixed them, it may have been just a power spike.

I did some read test in another thread

I think the read bottleneck is the microSD interface. Without the risk of being stoned to death for recommending it, if that’s a S912 box the fastest speed you are going to get is flashing coreelec to the internal flash. BE WARNED YOU CAN EASILY BRICK YOUR DEVICE. I will not go through the methodology as it not officially supported. I use this method on my X92s and they seem snappier. also the X92 uses a SDCARD which sticks out a lot so its neater for me to flash to internal. I have an X92 image so I can reflash the Android back if I need it.

thanks.but i suppose if i flash CE to internal emmc, my android OS will be lost right?If yes, i dont think about it in any case…So my only choice is an 100% supported microSD card…So as you said, U3 cards are better?

Choose a card with the fast 4k random read speed. The 4k random read speed matters because fanart, covers, and posters are relatively small files scattered across the card and not stored/read sequentially. Write speed doesn’t matter too much as fanart, posters, and covers are written once but read many times. The Samsung cards mentioned are good.

Edit: and try not to buffer videos to the card.

Thanks!After some research i noticed that my Kingston microSD has really low random speeds.So i will order Sandisk extreme pro (identical to Samsung Evo plus) But how to not buffer videos to mictoSD?

When playing 720p Netflix,about 20secs I have some frame lags.Maybe is caused from my microSD?

Nothing to do with your SD Card.
Correct answer below

But how to not buffer videos to mictoSD?

Don’t worry about it unless you have an advancesettings.xml that you created.
In that case you may have created that file with cache to SD Card.
Kodi default settings cache to ram.
https://kodi.wiki/view/HOW-TO:Modify_the_video_cache

In personal benchmarks the Samsung media I use is always fastest, Samsung NVMe fastest, Samsung USB drives fastest, Samsung SD cards fastest. They just seem to have the market cornered on fast media. In fact their EVO Plus NVMe drives impressively kick the pants off anything except the new PCIe 4.0 stuff which is still very pricey.

One of the devs here told me that running from SD Card doesn’t make a huge difference over eMMC since once stuff is loaded the first time it runs from RAM after that. So you’re not going to get continually faster speeds, only when stuff loads the first time like on boot and the first time menus are pulled up.

Still it is nice to see less lag in load operations when running from eMMC. Though I use an N2 where eMMC is fully supported. In any case a faster SD Card will speed up the system when things have to load. Use an EVO Plus card and get the latest one with the highest speed rating (U3).