Hi. I have installed the Netflix Addon on my tv box X96 (s905x) with coreelec 9.0.3 and in most series I’ve tried, the video has lag, and it works slower than it should. I have tried with version 0.15.1, 0.15.2 and 0.14.6, and in all of them the same thing happens to me. I have also set the imputstream to 720p. I have tried changing libwidevinecdm.so to an earlier version, and the same thing happens to me.

I have repeated all this from scratch, after doing a hard reset to the box. I don’t know what else to try, or if there is something that I have wrongly configured.

What is your internet speed measured on the box ?

In inputstream.adaptive select “Stream Selection” to manual. Start a video, it will start with lowest resolution, and go to Video Settings -> choose next higher resolution to find out highest one that works for you. On my S905X box with CE 9.0.3 I get 720p without any problems…

The box reaches about 70-80mb speed. I have also tested at low resolutions, and there is also lag. At least with season 7 of the Tráiler Park boys. In other series I have not tried to lower the resolution. But at 720p I have lag in all.

What is your CPU occupancy and temperature while playing 720p ? 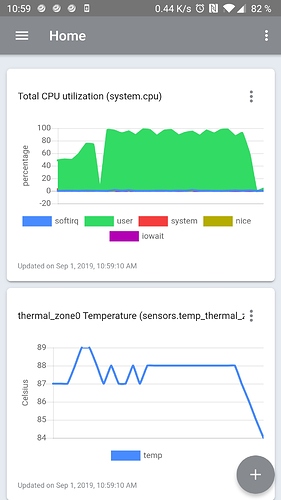 You CPU is overheating and throttling, that’s why playback is slow.

It seems that when it reaches 90 degrees, it is when Lag begins to be. The cpu reaches 100%. In that same series playing the chapter at 608x342, the cpu stays at 50% and 80 degrees approximately, and works well. So I guess the problem is the box temperature isn’t it?

Yes, it seems that is the problem. I need to put a fan.

Yes, definitely too high temperature is your main problem… 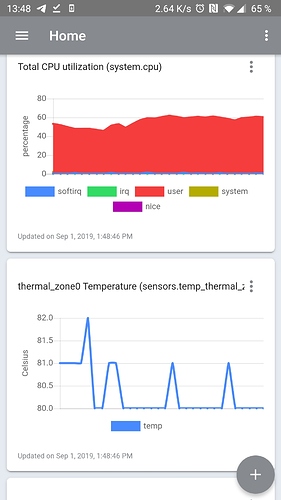 I improvised a fan for testing, and it lasts a little longer without slowing down the image, but after a while, the same thing happens again. The cpu does not exceed 60% of use and the temperatures remain at 80 degrees. I don’t understand why the box doesn’t use the cpu anymore. I have tested at 720p with the 2 types of bitrate.

Maybe some other component, like memory or some other, is also overheating…
Can you open the box and try running it open with the fan blowing on the board ? 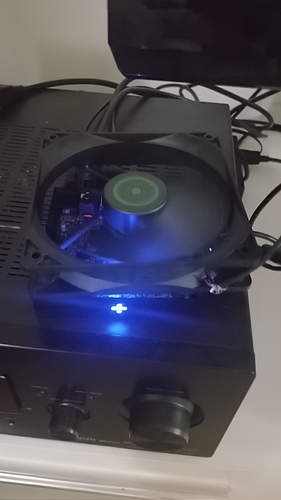 I have put the fan with the cover removed, blowing air as seen in the photo. If I put it sucking, the temperature rises 2 or 3 degrees.

Looks like 80C is when the processor starts to thermal throttle. So that’s why adding a fan keeps the temp around 80C and the load is lower.
But Netflix SW decoder is single threaded, so your CPU must be running at max speed for it to be able to decode the video smoothly.

Btw, how did you make this SS, with what app ?

Well I can not lower the temperature, even putting the box inside my pc, with a fan of 180 at maximum rpm. 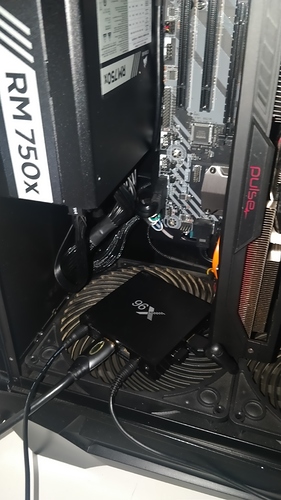 Then you’ll need to fully disassemble it and see why the cooling is so bad.

I’m thinking of putting thermal pads on all the chips in the box. Surely I can earn some degree, just enough to make it work well.

Thermal pads will not do anything without a heatsink on the other side of the pad.

What I did is first replace the cooling element (basically a metal plate) with proper heat sink that covered CPU and both memory chips using 0.5mm thermal pads. Drilling 8mm holes all around the box and placing it upside down (Logo facing down) with 2mm rubber feet I got the temperatures down to low 50°C during idle and 65°-70°C under heavy load with no fan used!